Listen. Can you hear that? Can you smell that scent in the air? It’s revolution, my friends! Everywhere you look the battle lines are being drawn; will it be the old, traditionalists or the newer innovators? Will it be blue or red? Old or young? Castles or city streets? Who will the masses get behind and elect as their winner? Who? I am of course talking about the streaming wars, which are now upon us. Today, Disney is launching their very own streaming service in the US, called Disney Plus. This new venture of theirs is obviously a natural progression to rival all the major streaming platforms but let’s be honest, to win the game they’ve got to edge past Netflix, who are currently the reigning overlords of TV and movies on demand.

We all grew up with Disney movies shaping the way we see the world, so our hearts and minds may be tempted to consider this a foregone conclusion, but let’s not be too hasty. After all, Netflix have had a huge cultural impact with the advent of binge-watching culture, and they’ve even started turning out original content that wins Oscars! Even though the fight today is mainly between Disney and Netflix, Disney are just the first over the hill and will soon be followed by other established studios such as Warner Bros and Universal. Things are about to get crazy, folks, and the response to Disney Plus over the coming weeks will be very telling in terms of how TV will look for us as viewers in the 2020s.

The Birth of Netflix

All this content streaming stuff seems like a recent thing to most of us, doesn’t it? But what if I told you there has been a silent revolution brewing for the past two decades? Slowly creeping its way into your lives, it entices and delights you until suddenly you realise it has infiltrated your daily habits, your relationships, even your language (‘Netflix and chill’ yo?) I’m not even mad… that’s amazing! Twenty years ago, Netflix were snapping at the heels of Blockbuster Video (may they rest in peace) as the quirky, little online company that sent you DVDs to rent in the post. Let’s take a moment to let that sink in. They went from physically sending you DVDs in the post (that you had to physically send back!), to being an industry-defining streaming service and the most explosive and prolific producer of online TV and film content in the world. They did all that in less time than it takes for a human to understand the world doesn’t revolve around them.

Netflix have been ahead of the game since they started then, right? It seems as though they had an inkling early on, that the big studios would catch wise to the streaming racket and want in themselves, pulling their content from Netflix in the process… and they were right. As a result, Netflix Studios have been producing content at an alarming rate! One thing they’ve had in their favour is that they’re so young as a ‘studio’, they don’t really have an image they need to conform to or a particular audience they need to be faithful to. They have their own platform and no sponsors to consider, so they can do something with their content that makes them dangerous to competitors… they can take risks. If you want to watch a stand-up comedy special, where do you go? Netflix, because literally every comedian with a following has one on the platform. Where do you go for hard-hitting documentaries, passion projects that otherwise might never have been made (thinking of Dolemite Is My Name and The King here) or near-the-mark animation you wouldn’t watch with your parents? It’s Netflix every time. Even without the hosted content made by other studios, Netflix Movies have earned a place at the table.

But let’s look at the hosted content made by other studios for a second. Along with the classic titles and characters we all know and love like; Aladdin, The Little Mermaid, Beauty and the Beast, Toy Story, Frozen… I don’t have to go on here, do I? After all of that, Disney also owns Marvel Studios, 21st Century Fox, Lucasfilm, Pixar and ABC. I’ll translate that for you. Aside from all the ‘princess movies’ that shaped your childhood, their roster includes, but is not limited to, Buzz Lightyear, the Avengers, Homer Simpson and Luke Skywalker. Imagine a Sunday roast at that table. Yes, Disney has a very specific style that people expect from them and as such, can’t be deviated from too heavily, but the sheer franchise power here is absolutely phenomenal. Don’t write them off as just fuzzy and family friendly too, because it may interest you to know they have possession of some pretty ‘out there’ movies, such as; Glass, Jojo Rabbit, Deadpool and Jonas Brothers: The 3D Concert Experience. They’ve been very careful up until now to not put all of their content on one streaming site, so prepare for shock and awe as you scroll through Disney Plus and realise just how much the little mouse in the boat owns that you didn’t realise was his. Netflix may have been busy for two decades, but Disney have been killing it for eight.

Maybe it’s unfair to call this category ‘the others’. A doff of the cap must be made to Now TV, Amazon Prime, Hulu, YouTube (they do their own stuff too) and Apple TV+, which was released at the beginning of the month, and sees the tech giants that brought you the iPhone wading into the fray. But, where does it end? There are so many film and TV streaming sites now, it’s hard to remember all of them, much less pay for every subscription. A recent poll by PCmag.com in the US has shown that people will on average, be prepared to pay around $33 per month for their TV subscriptions, which is about £25 in the UK, but other studies conducted by Hollywood Reporter and TiVo have gone as low as $21 on average. What this suggests is, having a market where there are up to ten major streaming services operating at once suddenly introduces much higher limitations on the consumer. The casualties of war, eh? With the full package for a streaming site sitting somewhere between $8 and $15, most people will choose two or three and be done, because who wants to pay $100 or £80 a month for TV, especially when you’re already paying for your TV licence fees, sky and/or cable AND your broadband connection?

The Audience Is Waking Up

There’s one conundrum, here’s another; you love watching reruns of Friends (owned by Warner Bros), you can’t wait for the new season of Making a Murderer (owned by Netflix), you binge The Good Place (owned by NBC) like there’s no tomorrow, you are fully invested in the Marvel Cinematic Universe (owned by Disney), but can only afford two subscriptions… ah. Better get studying on who made what, folks! We’ve all got to become encyclopedias of media production now. So, what does that mean? Extreme competition! A streaming war! ‘Neither can live while the other survives’, all that. But also, an audience who is much more aware of the industry and who has real skin in the game.

So, who will win? Will it be us, the popcorn-munching, movie lovers with sugar on our fingers and stars in our eyes? Or will we get caught in the crossfire? The days of movie streaming being comparable to the wild west are officially numbered and we may have to choose a subscription like one chooses a football team or a political party. But in the fickle world of TV viewership, might we be lured this way and that with a tasty looking film or TV series to binge? The thing is, we’ve had it pretty good for years the way things are set up now. A one stop shop, where we can consume content without a care in the world has not only produced some amazing entertainment but has enabled people to gain access to film and TV they never would have seen otherwise; opening up new audiences to artists and studios alike. All the new streaming services that suddenly appear with a fresh set of velvet ropes and their palms outstretched may find that once Pandora’s box has been opened, it can’t be closed again. People are more vocal than ever before, and audiences really do wield the power to shape the content a studio produces. I suspect that the need to gain the edge over a powerful rival will have studios producing some outstanding telly and I’m very interested to see what these services are prepared to offer me to get their hands on my £12 a month. It’s going to have to be something big to eclipse what we currently have though because, you know… I need that money… for food. 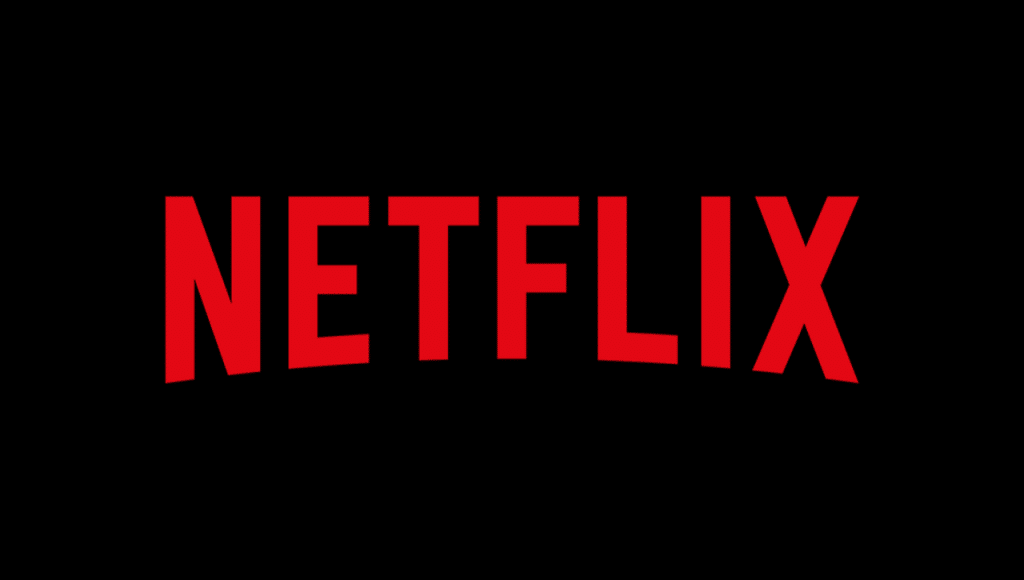 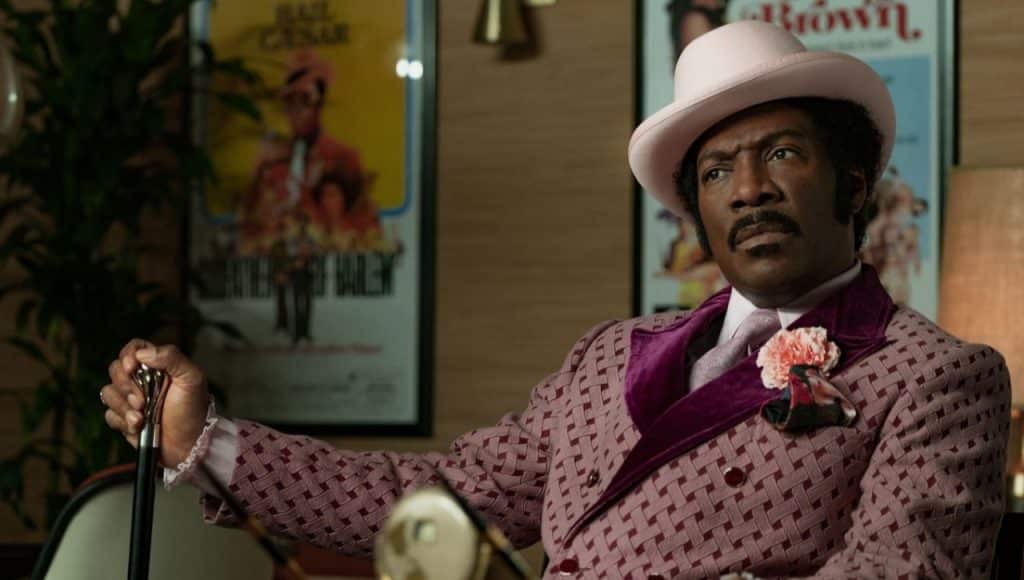 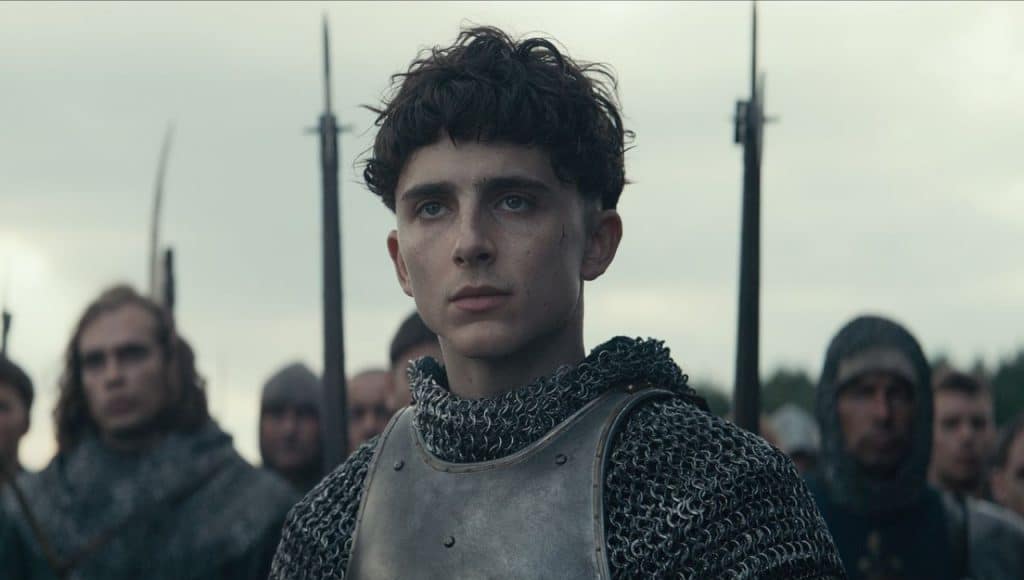 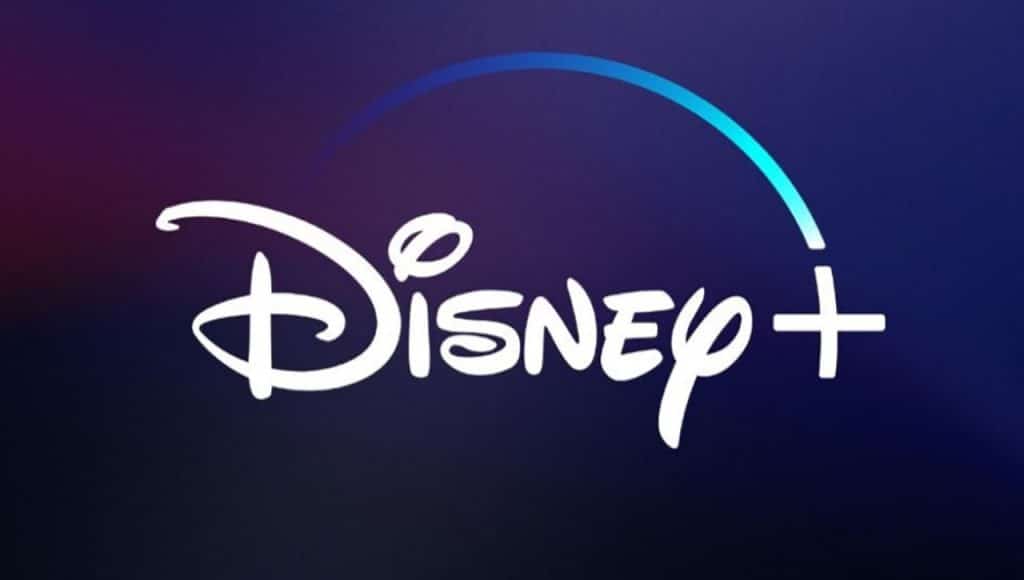 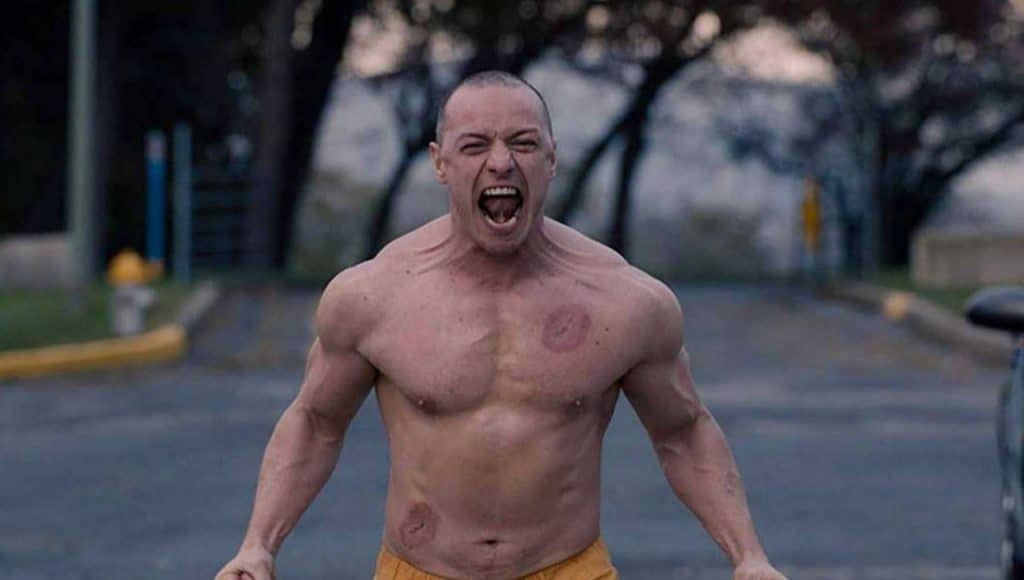 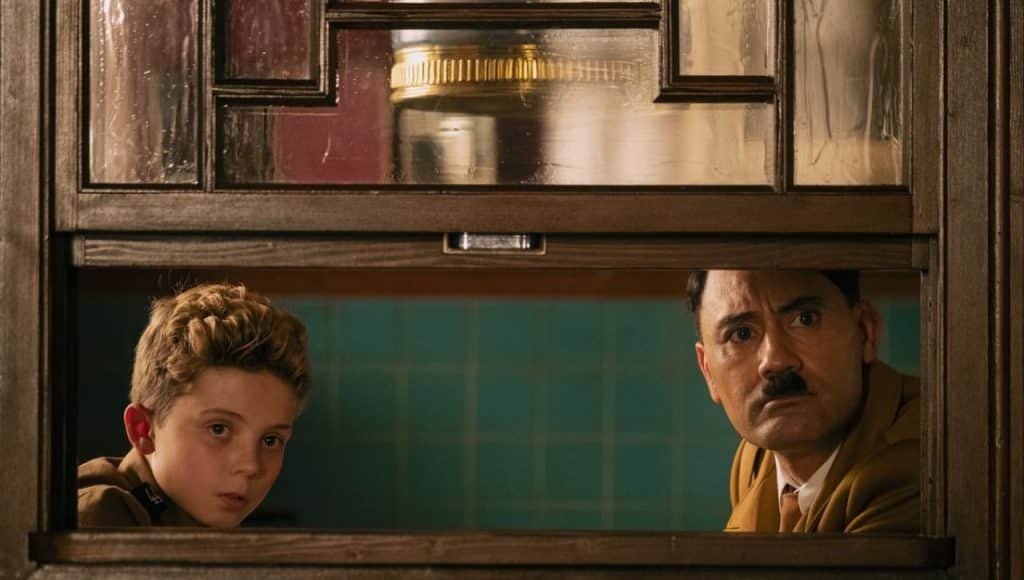 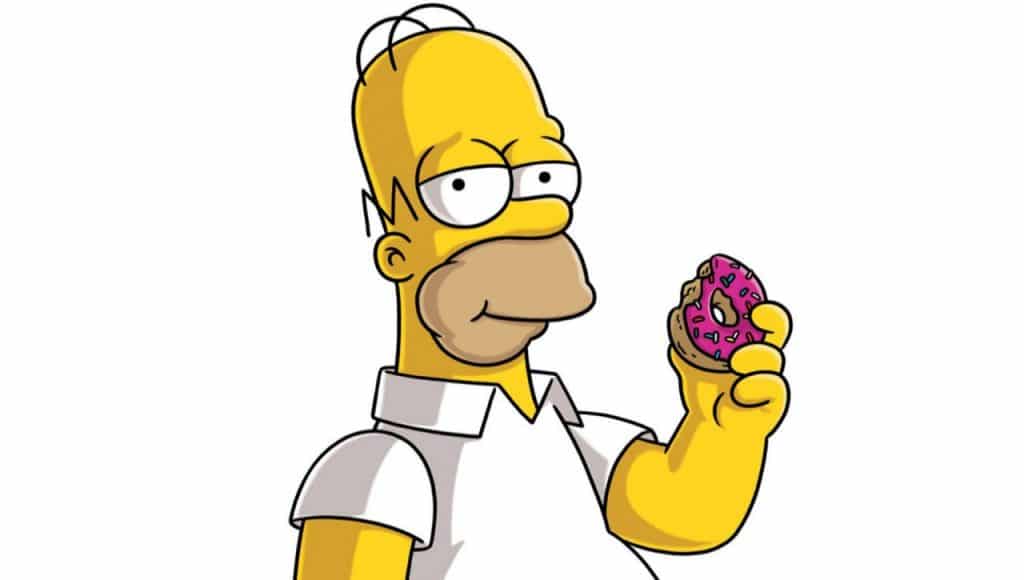 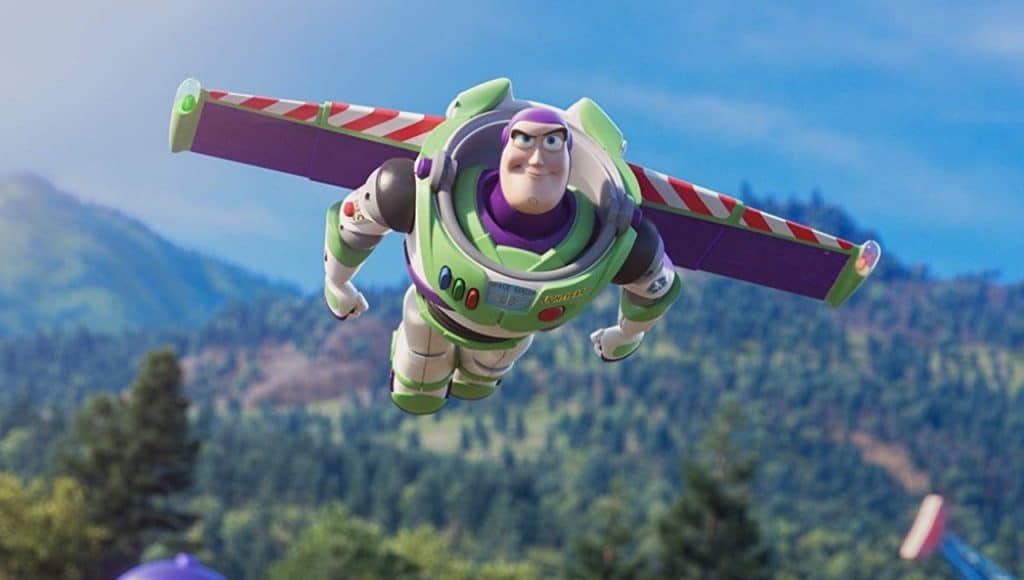 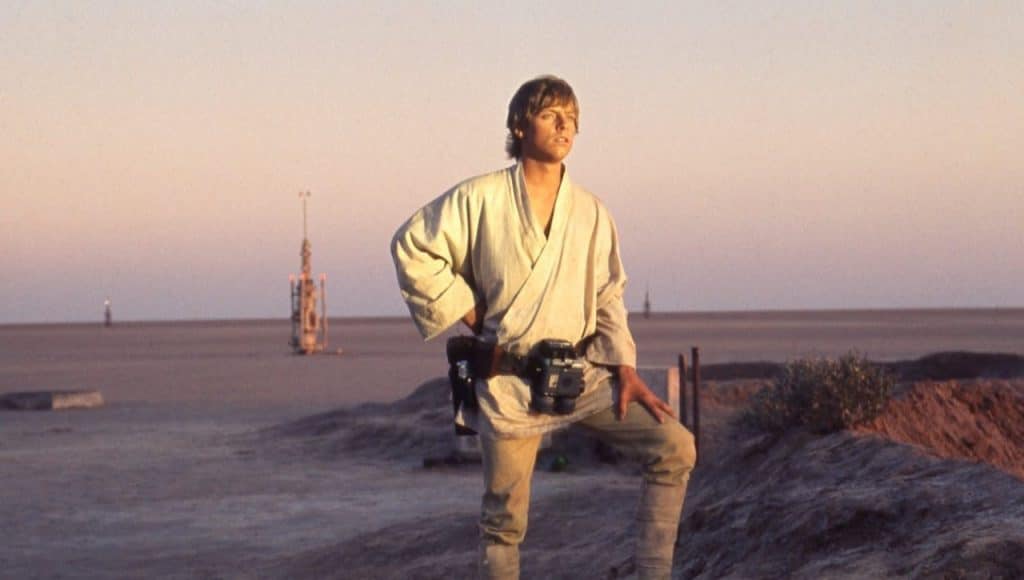