You are a nerd. You nerd.

That used to be a serious, serious burn but these days it’s something of a compliment. As someone who grew up watching 90s teen movies (where it was always the goal to become ‘cool’), I must admit this is still a bit weird to me. Don’t get me wrong, it’s great that nerdiness isn’t derided in the way it used to be and brains are celebrated as much as brawn. I just can’t figure out why it suddenly changed. I googled, ‘why are nerds cool now?’ and all I found was self-confessed nerds congratulating themselves for the achievements of Steve Jobs. There was a lot of, ‘we are the best, we are clever, we get the best jobs, girls think we’re cool,’ etc. It all got a bit presidential to be honest, so I moved on and had a think for myself…

OK, so what am I talking about? Well, with all the news and announcements from San Diego Comic-Con (SDCC) taking over the internet, it’s got us thinking that the definition of ‘nerd’ appears to have changed. Or is it the definition of ‘cool’ that’s changed? Let’s have a look at some of the ‘nerdy’ behaviour penetrating the mainstream and see if we can’t figure this one out.

In at number one, it’s movies and TV. More people now have a real answer to ‘Kirk or Picard?’ than ‘cats or dogs?’ and content binge culture has taken us from consuming relatively believable content to screaming for mind riles and giant, monster, explosion pandas. The clearest representation of this can be seen through the transition of the Marvel comic book movies, which I’ve spoken about before. In Media Intelligence, we’ve archived and categorised tens of thousands of media mentions surrounding them, and it’s literally been our job to dig in and analyse the progress of the franchise through the years… to be nerds. I mean, look at Thor. He looks like Walt Disney himself drew him and then encased him in muscle, but he still teaches Natalie Portman (who happens to be the black swan!) lessons about the universe that equate science to magic. They’re literally aligning brains, beauty and badassary as one and the same thing. Similarly, Black Panther; the wise, royal, performance-enhancing drug-user of a super-athlete also has intricate knowledge of a science unknown to all other top physicists. And come on, the most nerdy, brainy, awkward-around-other-humans avenger of the lot is Bruce Banner and he also happens to be the biggest and most powerful. They pulled off a mean tick here, they’ve made the nerds and the cool kids want to be the same characters. They identify with the same people…imagine that.

Technology Has Levelled The Playing Field For Dweebs

Not only that, cool kids and nerds are getting more similar interests. When I was a kid, computer games were considered to be ‘children’s toys’ and adults that played them fell into two categories; ‘supportive parents’ and ‘losers’. Not anymore! Today, gaming is a $140 billion a year industry that seriously caters to all ages and cultures… and it’s called ‘gaming’, it’s got a name now, it’s gone legit. The recent story about Keanu Reeves featuring in the game, Cyberpunk 2077, definitely kept us busy at DMS; especially since Reeves was instrumental in beginning the ‘nerds are cool’ movement when he played Neo in The Matrix. And with more powerful applications of the internet, gamers can play against people from all over the world in a safe environment. So, for instance, playing some iteration of Call of Duty online allows people to compete in a physically violent way without any actual danger. In fact, it takes genetics out of the equation altogether and the only thing that really matters is your ability to play the game/how many hours you’ve stayed up playing it instead of sleeping just to get good enough. It’s a nerd’s dream because it doesn’t matter how big your opponent is in real life, or how confident they are, how utterly desired they are by everyone they meet and how easy they find it to connect with others physically, you still shot them in the head in that game that time. So you win.

Dorks Are Getting Fit!

The physical thing has taken a bit of a mad turn in recent years, though! There’s a network of caves near where I grew up and every weekend, groups of kids would go there dressed as elves and goblins and stuff to ‘do battle’ with foam swords. kind of like a dungeons and dragons thing. I knew some of these kids and just remember them as the nice crowd. That being said, their behaviour was widely considered to be pretty tragic and really, to dress up in any kind of costume outside of the usual fancy dress fodder and/or overly sexualised Halloween attire was as good as tapping the biggest kid in the playground on the shoulder and asking them to scar you for life. Then cosplay became a thing. Almost over-night, comic book and sci-fi conventions transformed from the last bastion of society for geeky teenagers to express themselves in public and became a local event at which you could see beautiful specimens of human beings bringing these beloved, heroic characters to life. I saw a group of guys dressed as the avengers… and they all had pecs! And there were groups of female super heroes that made all the ironic cowboy hats and leg warmers form fresher’s week look like a plumber’s overalls. There’s a sweet spot that’s been here. The creativity of the nerd has met the cool kids’ preoccupation with appearances and created something that celebrates them both. So, does that mean that nerds are now hitting the gym? Or are gym bods with jacked up muscles starting to get massively in with Frodo and the gang?

Actually, it’s both! Like Cate Blanchet and Benjamin Button, we’ve all met in the middle. Nerds are becoming like the cool kids and the cool kids are becoming like the nerds. The process is well underway of homogenising any of the previously conceived ideas of ‘coolness’ or ‘nerdiness’, which means… NERDS DON’T EXIST ANYMORE! Nerds can’t be cool because they’ve ceased to be… they’ve eaten themselves! We’ve ALL eaten ourselves! Because, if everyone is cool, then no one is and if everyone is a nerd, no one is, right? Or are we all just posers? But, if everyone is a ‘poser’, no one is, which means we all must be legit. But if everyone is ‘legit’ then no one is… Hmmm, i’m stuck in a loop. Does this mean we can all drop the labels and just be ourselves now? That’s a scary thought; I’ll just be myself then. OK, who am I? How do I feel? What do I think? Am I enough? Does anyone care…Whoops, i got there a bit sharpish. Quick, someone give me another pigeonhole! It’s alright really, we’ve got the new Picard trailer to watch. if anyone needs me, I’ll be in the comments section. 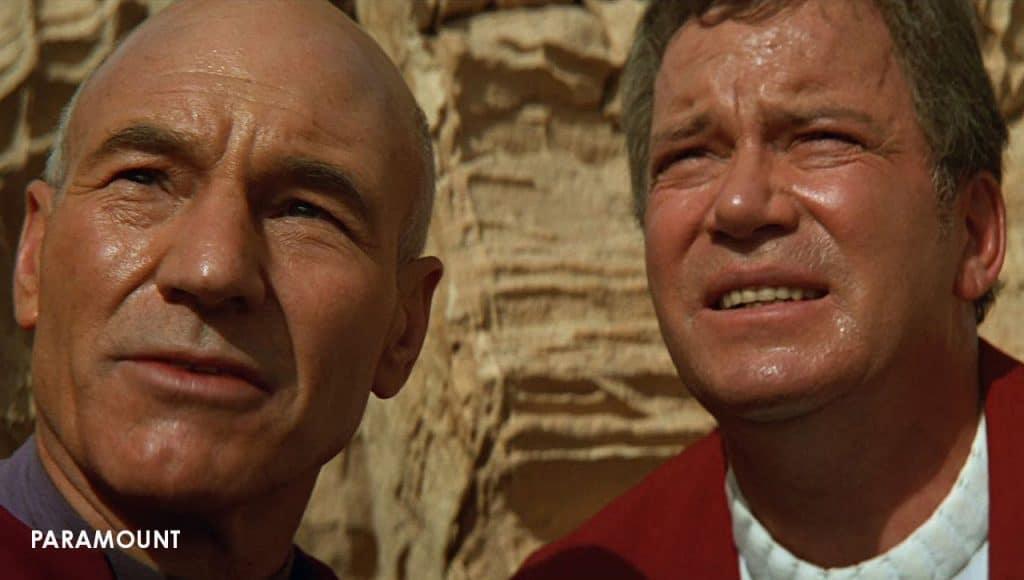 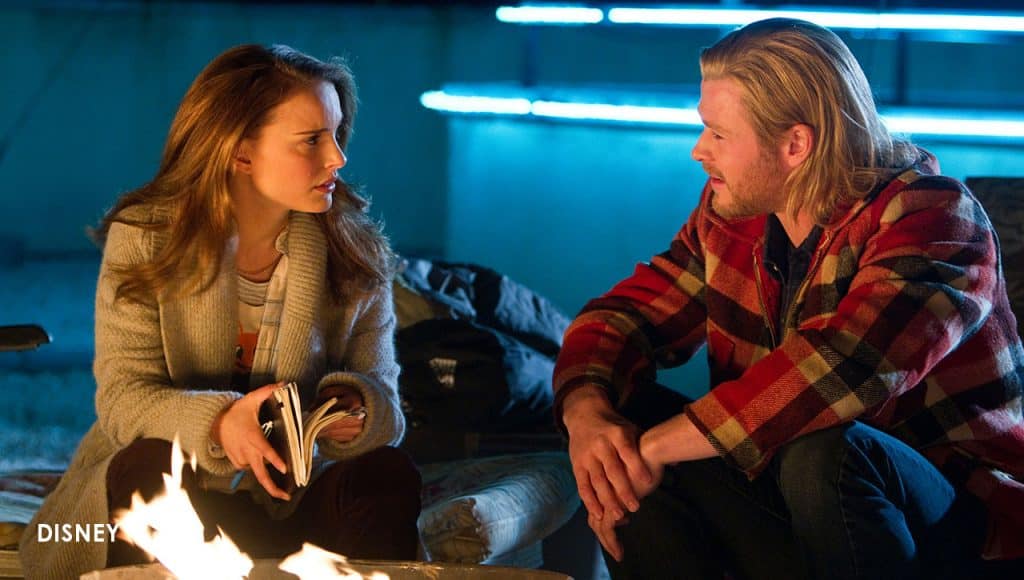 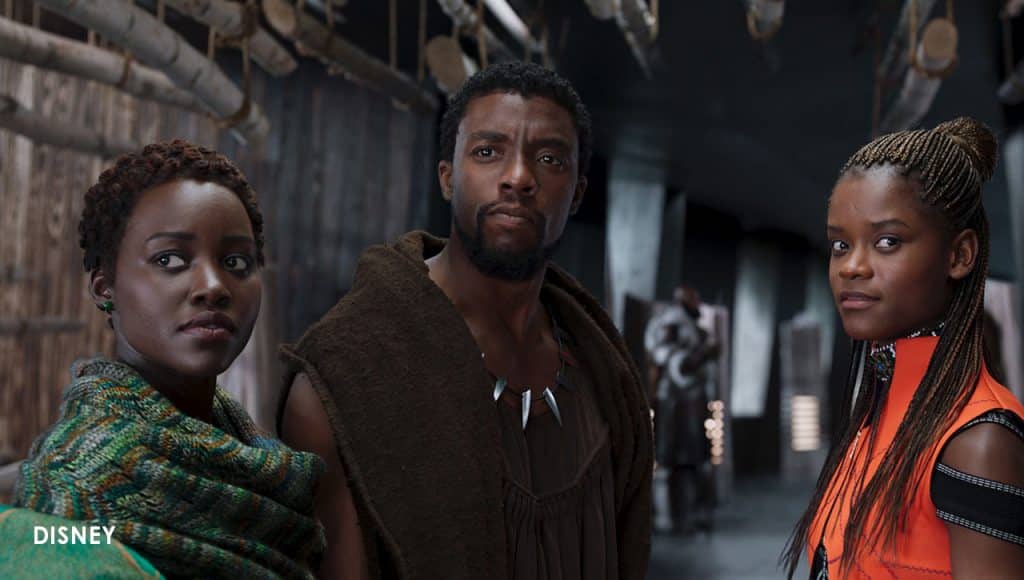 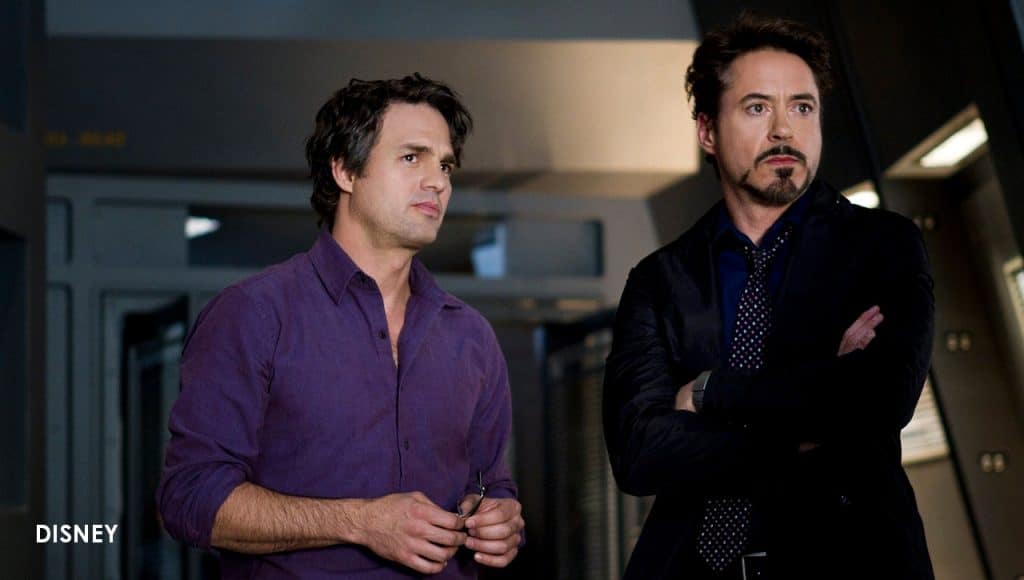 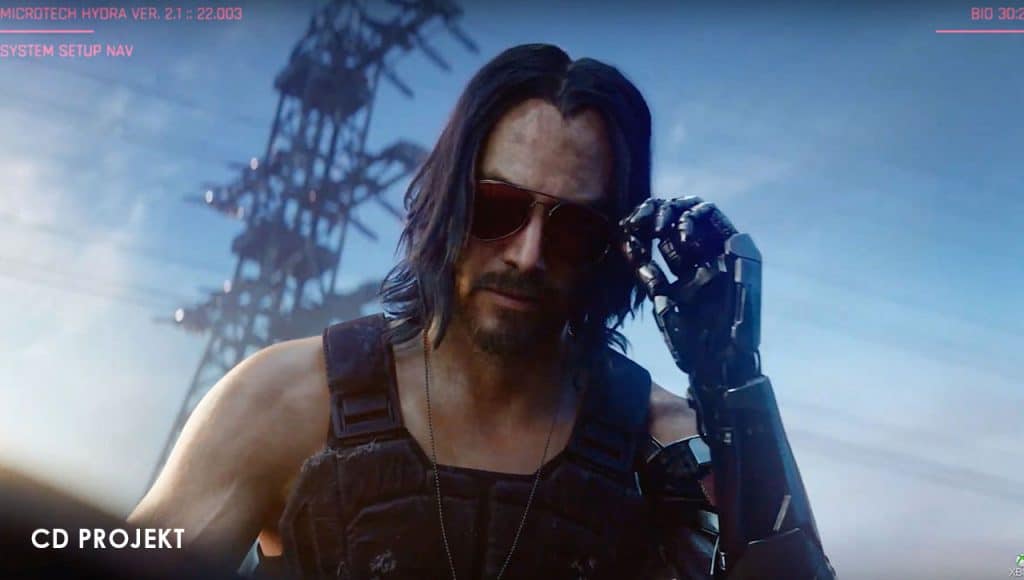 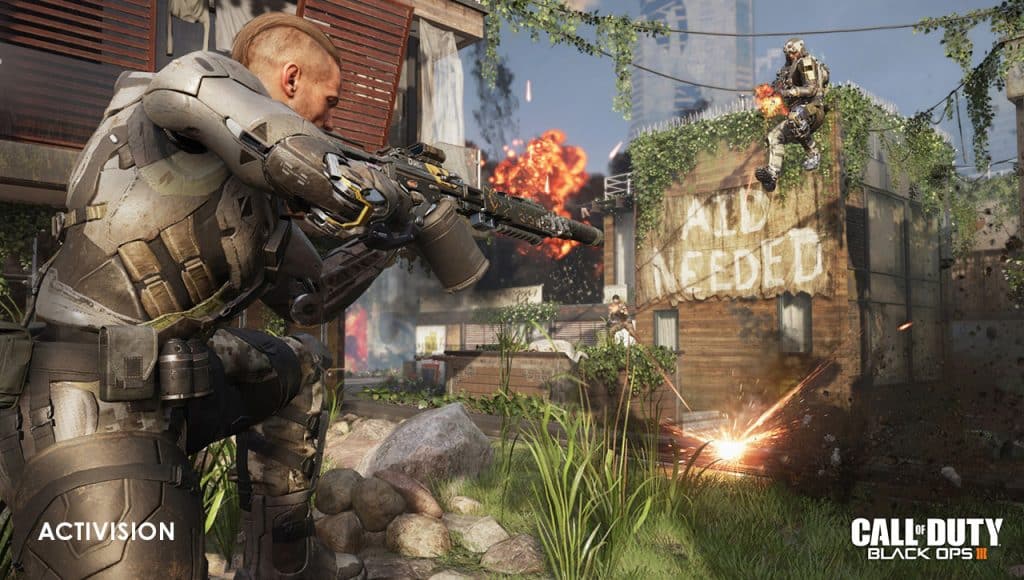 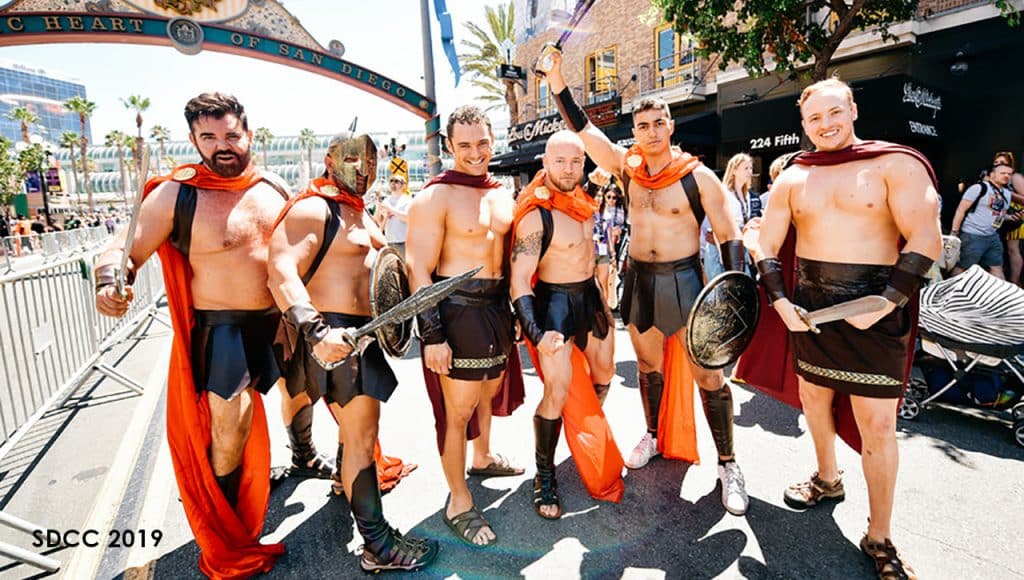 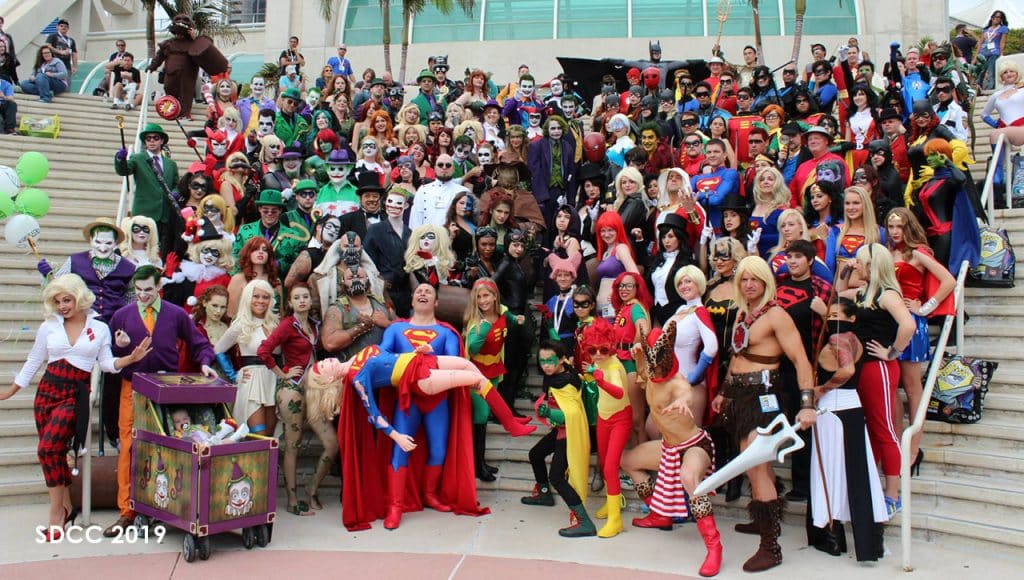