We, as a society, have a collective obsession with biopics. A biopic is a film that tells the story a person of note’s life and career. Sort of like an autobiography but without the unreliable narrator. Anyway, this weekend I went to see Rocketman, which is based on the life of my childhood hero, Elton John! It got me thinking, why are we so into them? We can’t fight it, something inside us overcomes our sense of self awareness and makes us giddily line up to see a famous person portray a much more famouser person on screen for two hours, even though we already know the story from the ten different documentaries we watched about them, just to prepare for seeing the movie. Or is that just me? I have a suspicion it’s because there’s something gratifying about being able to watch a simulation of what it’s like to go from nothing to everything, but we needn’t get that Elon Musk about it. It’s the journey, isn’t it?

Miraculously though, it’s the same journey. Everyone I’ve spoken to about this at DMS has brought up the ‘beats’ a biopic has to hit over the course of the movie. So, it’s a legitimate genre with its own conventions then, which is kind of cool. But the trick seems to be to present it in such a way that the familiar beats are still interesting, despite being expected.

They usually start at the end (or at least somewhere near where the movie will end) like the prison gig in Walk The Line or Live Aid in Bohemian Rhapsody, before flashing straight back to the beginning. It’s a clever movie way of saying, ‘look, it’s them as the legend you all know and love’ before saying, ‘but they were once nothing. Nobody. Just like you.’ And if this is executed well enough, we’re hooked from that moment.

Go ahead, check it out, it’s in at least 90% of them. I raised an eyebrow when I saw it in Control and lost my mind when it cropped up in Straight Outta Compton. What usually follows is a short account of their childhood struggles (usually with their family) and this pain will reappear in flashbacks throughout the film, right when they’re at their lowest eb. I’m thinking of Ray here and also Nowhere Boy, The Greatest Showman, The Blind Side and The Dirt but I could go on. This is essentially the part of the story that shows us the moment they discover they have a special gift. A gift that makes them better than us. I love that bit!

We then jump forward in time to a part in our hero’s life when they’re at an acceptable playing age for the actor in the role… Or there abouts. It’s not an exact science and we do have to allow some artistic licence at times; like Leonardo DiCaprio playing Jordan Belfort in his twenties or Leonardo DiCaprio playing Frank Abagnale in his teens or Leonardo DiCaprio playing Howard Hughes… This is the juicy and exciting section because we’re treated to pretty much a montage of things falling into place for them and their career skyrocketing before our eyes. It’s like food for the ego. I mean, imagine if it was really that easy? This part of the film always makes you feel like they didn’t have to put any effort in and it all just happened. Not that I would change this part of the film. I love this part of the film. I love it with my heart.

Anyway, what’s the next beat? Oh yeah, drugs! Or drink, or sex, or a combination/sub-set of the three. It’s the human soul trying to deal with the weight of godlike expectations and vice just tends to follow as a sort of crutch. Things can get a little messed up here and you may not necessarily side with the hero on the road to redemption; I mean I was totally with Robert Downey Jnr as Charlie Chaplin but when he married a fifteen year old I admit to hitting pause and getting a cup of tea. I mean, wow… Aaron Truss (Senior Technical Team Leader at DMS) calls this part capturing ‘the light and the darkness’ of our hero and maybe these figures of celebrity serve in some way to mirror us. People usually only tend to use the phrase ‘nobody’s perfect’ when they’re excusing themselves of something rather than someone else but maybe that’s what this section of the movie does; it allows us to accept our imperfections by showing us people we admire falling from grace. Hence Twitter.

We’re on the home straight now, and our hero will learn some deep, inner truth about themselves/come to a level of acceptance with their life situation, while simultaneously giving us that final money shot of the iconic image that we associate with them. Ahhh, it’s delicious. It’s such a neat and agonising trick of using nostalgia to inspire us into projecting hopefully into a future we may never see, but damn if biopics aren’t awesome! Such is the popularity of the genre in its accepted form that, in recent years, spoof biopics have started to appear about fictitious stars such as Popstar: Never Stop Never Stopping starring Andy Sandberg and his Lonely Island bandmates who I’ve purposefully not named as a demonstration of how fickle fame can be. Burn. Si Bry (DMS Broadcast Monitor) calls this film, ‘the unofficial biopic of Justin Bieber’ but I checked and he’s wrong, it isn’t.

Biopics have become great Oscar bait though! The familiarity of the story to the audience affords the director and principal characters more screen time for character development and the ability of the actor playing the role can be measured to an extent by how well they embody the character. When Darkest Hour came out, we in media intelligence were struck by how giggly the media got about the ‘transformation’ Gary Oldman went through to ‘become’ Winston Churchill. But then he walked home with the gold and that’s really something! The same thing happened for Jamie Foxx as Ray Charles, Meryl Streep as Margaret Thatcher and Rami Malek as Freddie Mercury. Not only do we as an audience get to really see the cogs of the actor moving but it seems the actors themselves find renewed motivation in embodying someone they admire. Both Louise Desgree (DMS Global Account Manager) and Ciaran Humphreys (DMS Media Analyst) praise Joaquin Phoenix’s performance as Johnny Cash in Walk The Line with such vehemence that, Oscar or not, he deserves an honourable mention here too. 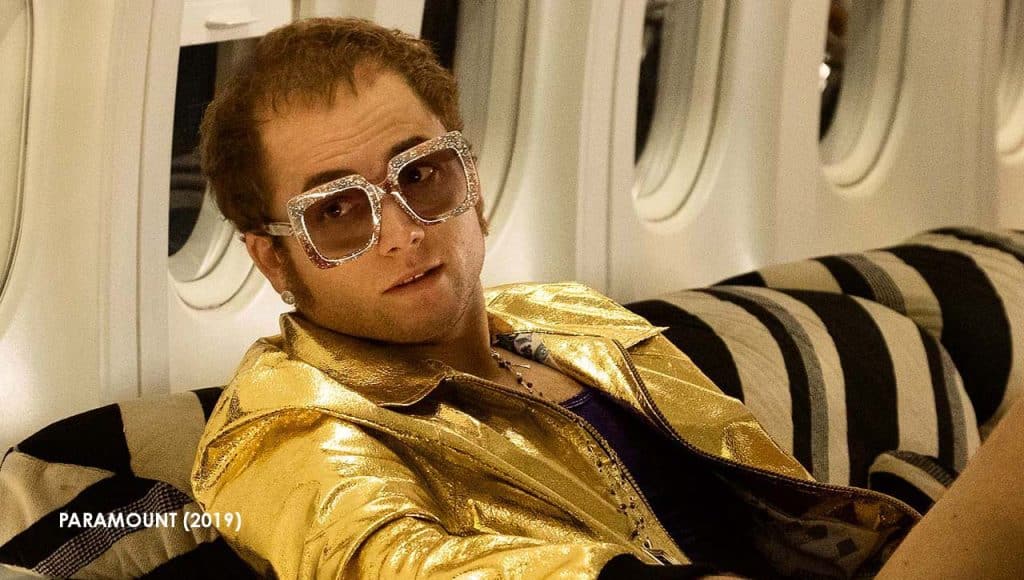 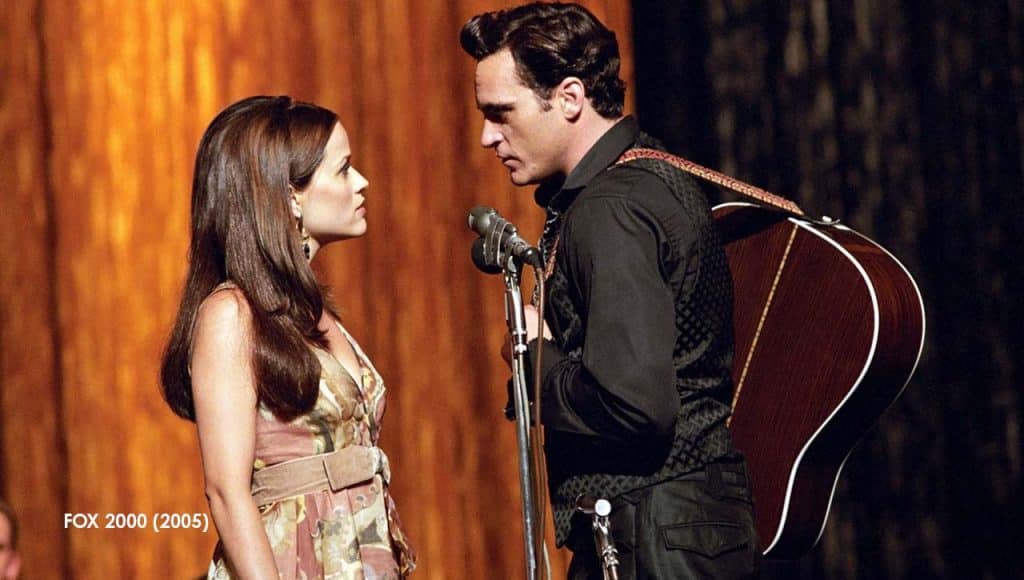 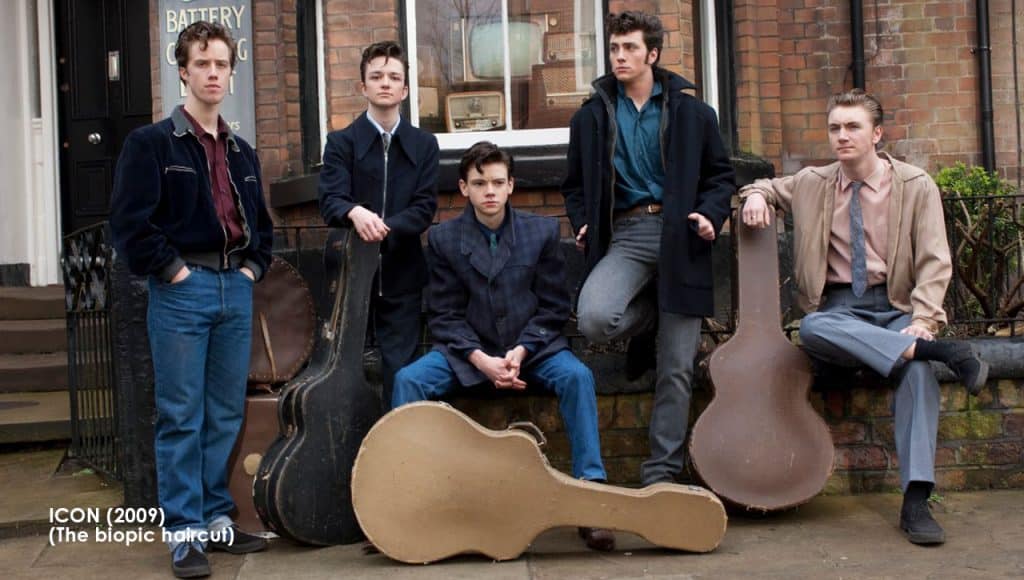 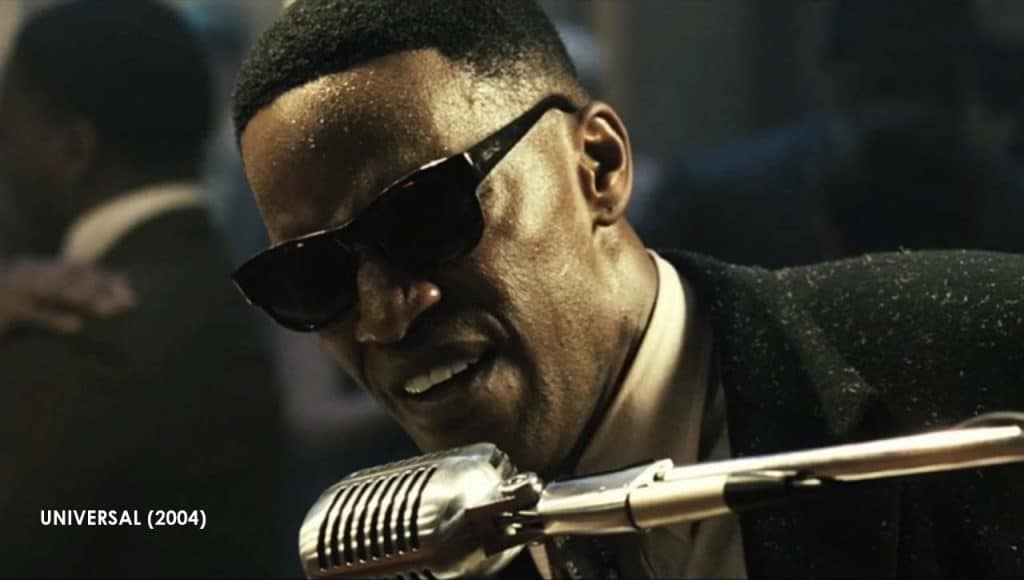 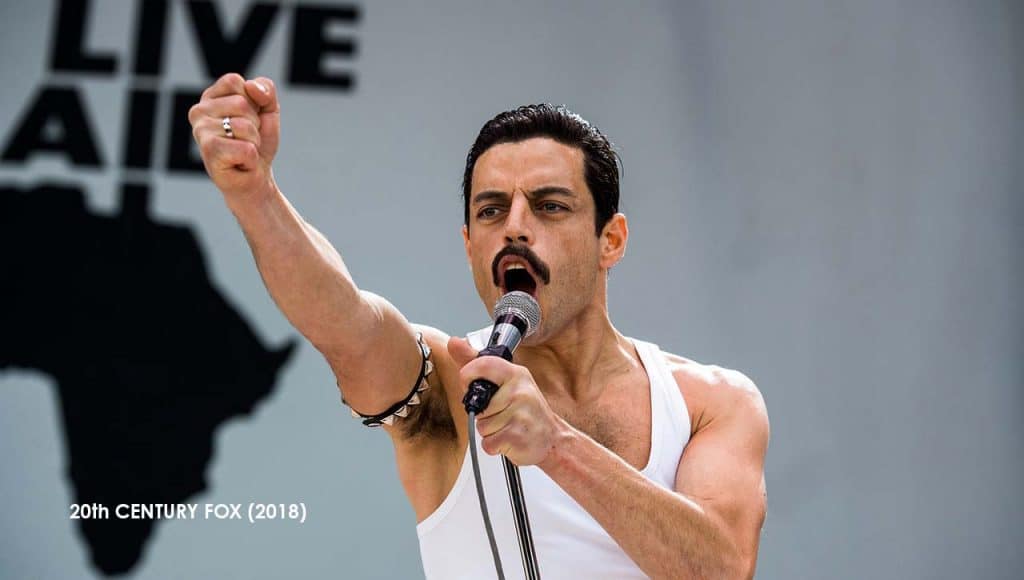 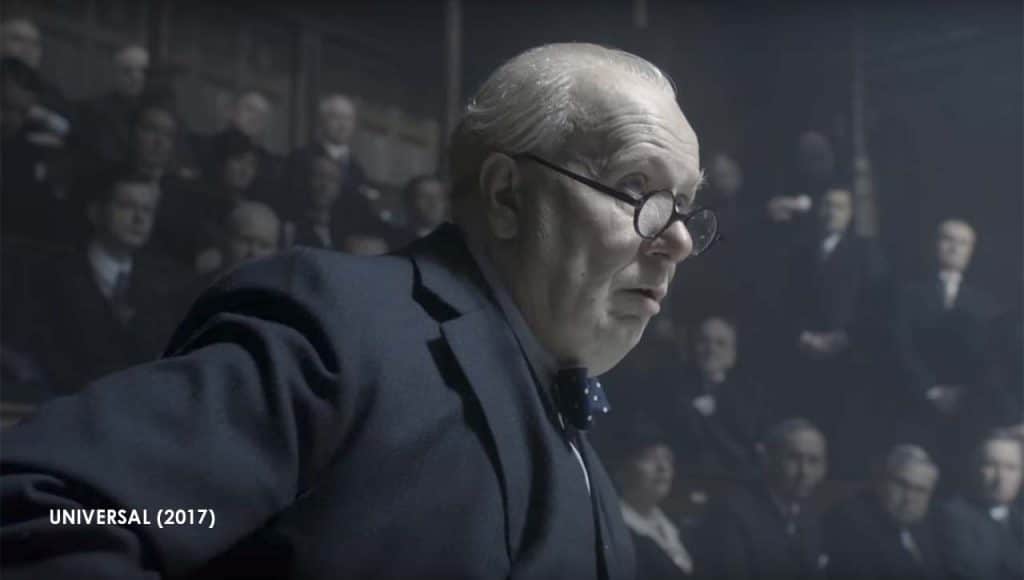 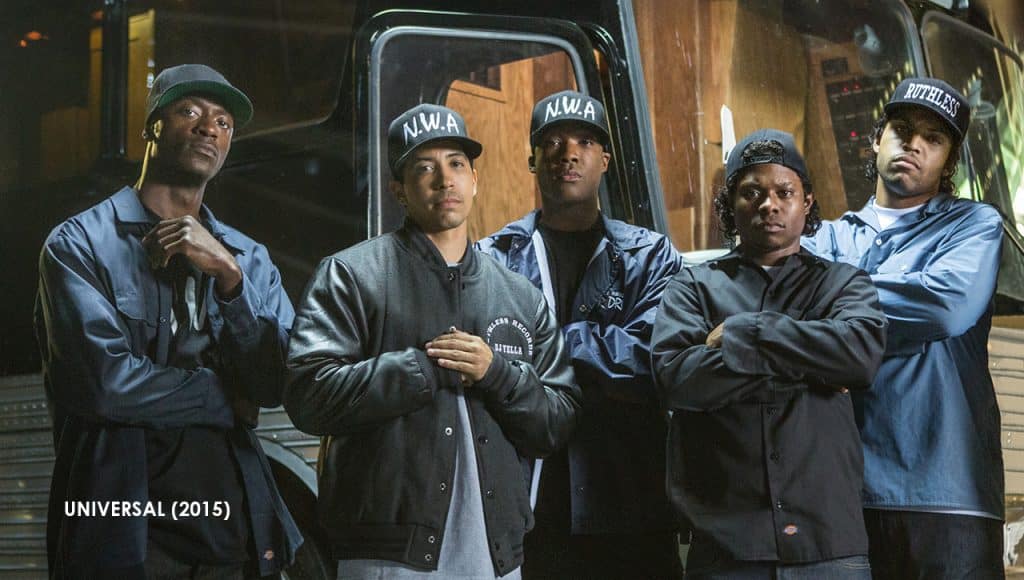 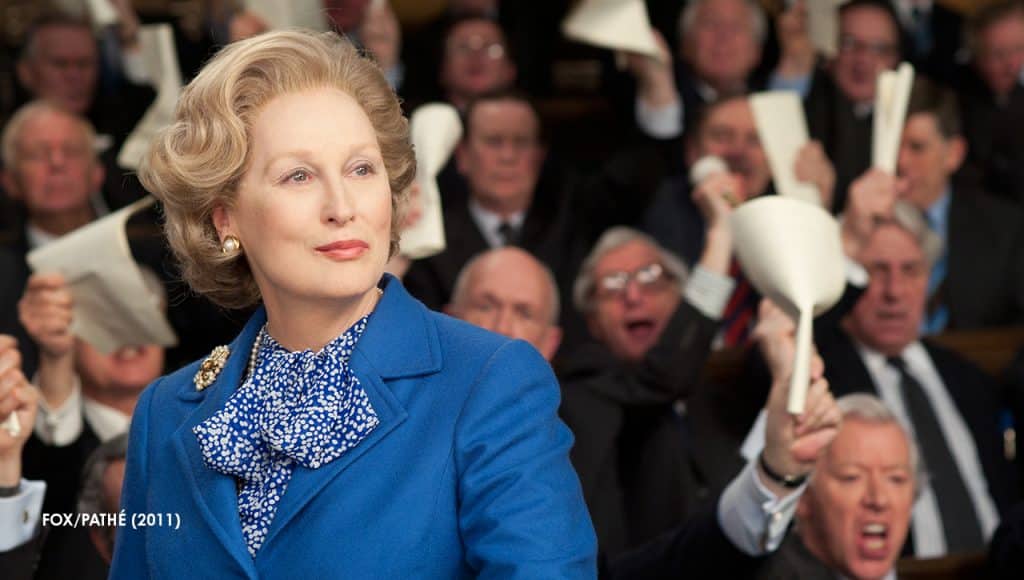