It’s not a stretch to say that, unless you’re a ‘concerned parent’ or similar, Quentin Tarantino’s films mean a lot to you. ‘But how did you know, Joe?’ well it’s easy; I live in the world and I’ve spoken to humans. However, explaining why they mean so much isn’t all that easy. What makes a Tarantino film? Beats me, you just know it when you see it, right? And that’s a problem because, when you look at them, they’re a chaotic mix of themes and references that don’t follow any perceivable logic and yet somehow, they make perfect sense as a piece of cinema. But how can all that madness come out of one person’s head? I think it’s all in the conversation. I’m not talking about his trade-mark dialogue. I’m saying I don’t know how many guys Mr. Tarantino has got living inside his marvellous brain, but he’s not alone in there. On top of that, they all talk to one another and cooperate in the most amazing way… and each of those people is a genius.

I’m sure a ‘rational’ argument can be made here from that essay you did at uni. Yes, they play with time; yes, they play with music; yes, they play with your trust in the characters, genre architypes, your sense of right and wrong and they show you many, many people dying. Brilliant! But loads of great directors do that stuff so how do his films retain their Tarantino-ness? I reckon he shows us parts of himself in as many ways as he can think of. So, as far as I can tell, these are the personalities that live inside Quentin Tarantino.

First up! And this is a biggy. He’s one of your own, kids. He’s not just a film nerd, he is the Arch Film Nerd and there isn’t an obscure film or pop culture reference from the 20th Century you could throw at him that he wouldn’t be able to relate to in some way. He can even will pop culture into life! The fake trailer he made for the movie Hobo With A Shotgun, which showed in the film, Grindhouse, actually ended up getting shot and released as a proper feature (???). The Film Nerd personality leads the charge then, with characters referencing pop culture in the dialogue; like in the opening to Reservoir Dogs beginning with a musing on the true meaning of Madonna’s ‘Like A Virgin’ or the weird conversation in Inglorious Basterds about German cinema in the 30s and 40s between Winston Churchill and an army Lieutenant. The film nerd is there in the visuals too. Where do Vince and Mia go for dinner in Pulp Fiction? A Hollywood themed diner staffed exclusively by people dressed as dead celebrities. As they enter, we’re treated to a tour of the restaurant, which shows imagery like cars from the 50s, Zorro serving customers and a Ricky Nelson impersonator singing on stage. The genius here is that, in referencing iconic cinema in his early movies, even unintentionally, they inevitably became aligned with them. So, does that mean Tarantino movies are in some way responsible for our current nostalgia culture? No comment. Let’s move on.

He writes these characters so well. Tarantino’s epic dialogue can occasionally get criticised for all his characters talking with the same voice, but I think that’s a strength! He’s expressing his multiple personalities using different characters but they’re all him (they’re all Us too). Some of his most iconic and shocking scenes have come from characters who remain completely detached from the horror around them as it happens and seem to draw strength from the panic and fear of others. You can see this when Mr Blonde cuts off a police officer’s ear in Reservoir Dogs or in the terrifying scene in Inglorious Basterds when Hans Lander intimidates a farmer into admitting he’s hiding a Jewish family under his floorboards, which quickly leads to them being slaughtered in front of him. While all of this is happening, the sociopath stays calm and in control, never even reflecting on what they have done in a negative way.

The films themselves can be quite sociopathic too! Sara Trombetta (DMS Production Assistant) says, ‘it’s never easy to guess what’s coming,’ because characters and situations that make you feel comfortable can suddenly turn to disaster with no warning. One example of this that really gets me is in Jackie Brown; a film championed by Abi Adamson (DMS Head of Talent Acquisition) and Rachael Dudley (DMS HR Business Partner). Ordell goes to see Beaumont after paying for his bail and asks for some help with a dangerous deal. He persuades him, quite convincingly, to get in the boot of his car before driving 200 metres into a nearby car park, opening the boot and shooting him point-blank. Wasn’t expecting that! Hurt my heart! Nasty film! I thought Jackie Brown was meant to be the nice one.

Seems like a cliché. Don’t care, they’re everywhere! I tend to side with psychopaths in his films because they’re actually really relatable in the moment. A psychopath has more of a moral code, and you can see they have reasons for their actions. Unfortunately, their actions happen to include some of the most horrific acts of violence ever committed to film. DMS Marketing Coordinator, Grace Chapman remembers how she revelled in watching Uma Thurman ‘slicing heads for 10 minutes straight’ the first time she watched Kill Bill Vol.1, which brings back fond memories for me too, but also makes me a little wary of my dear colleague. Beatrix in the Kill Bill films is indeed one such relatable psychopath. She feels emotions, she can invest in people and even display maternal love when introduced to her daughter, whom she thought was dead. (Worried about spoilers? Then, go and watch some films, people!) She’s also able to detach herself completely and relieve another character of her eyesight shortly after punching her way out of a grave. If these people exist, I want to live in a bunker! Other examples of those cool, psychopathic cats include Mr White in Reservoir Dogs, Django in Django Unchained, Shoshanna in Inglorious Basterds, Jules in Pulp Fiction… I could go on because basically, if you find yourself in a Tarantino movie, you’re either a sociopath, a psychopath or a by-stander. And you’ve probably got minutes left to live.

Not romantic in the holding-hands-on-the-beach, take-me-now, define-me-and-ultimately-disappoint-me sense, but more like how he romanticises America and classic movies. The films play with genres all the time, even crossing genres in the same movie. Like Inglorious Basterds is a WW2 movie but really, it’s a gangster flick or Reservoir Dogs is a heist movie but really, it’s a morality play. The films are hyper aware of the genre they are inhabiting at the time and Simon Adamson (DMS Project Manager) even pointed out that there was bloodier cut in Kill Bill Vol. 1, specifically for the Japanese audience. It was only a matter of time then, before he made his love letter to the golden age of cinema, which is coming out soon (Once Upon A Time in Hollywood) but then he went and threw in the Manson family? There may be a stretch with the romanticism here but let’s see if he pulls it off.

The dialogue also uses reference points to trigger our memories into making us feel a certain way about the characters  and the ultimate situation like, ‘An undercover cop’s got to be Marlon Brando’ or ‘We’re all gonna be like three little Fonzies here.’ The romanticised, classic reference makes the films feel old even when they’re brand new. It’s what gives them their ‘coolness’. Oh god, the nostalgia thing is his fault, isn’t it? And now all I can hear is the Saved By The Bell theme tune. And now so can you… sorry.

There’s definitely more in there than these examples but in the context of a light-hearted blog, an academic case-study here would be about as relevant as a biopic without drug abuse. I could do an entire blog on just his use of music (and I might). All in all though, I think the reason his different personalities work so well together is because they effectively embody the universal characteristics of the human condition that we all feel we need to suppress. These films are the darkest parts in all of us. He makes them acceptable and even likeable. We’re all a little psychotic; we’re all a little romantic and idealistic; we’re all little cold; and we’re all a little nerdy. In fact, Tarantino might be the sanest one of us all for expressing this stuff in a healthy way.

Yeah, actually, he’s a genius and we’re all crazy.

Forget I said anything. 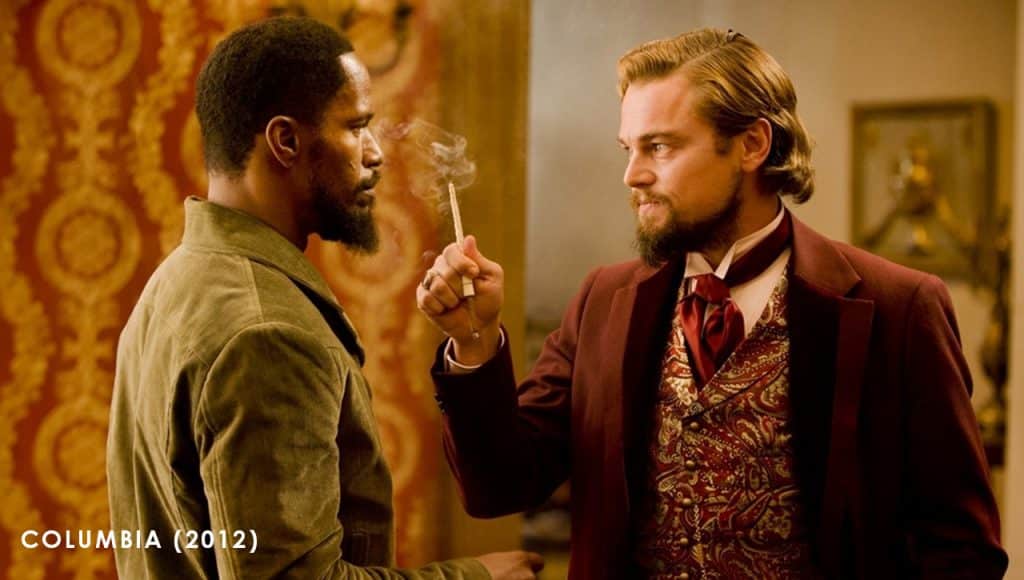 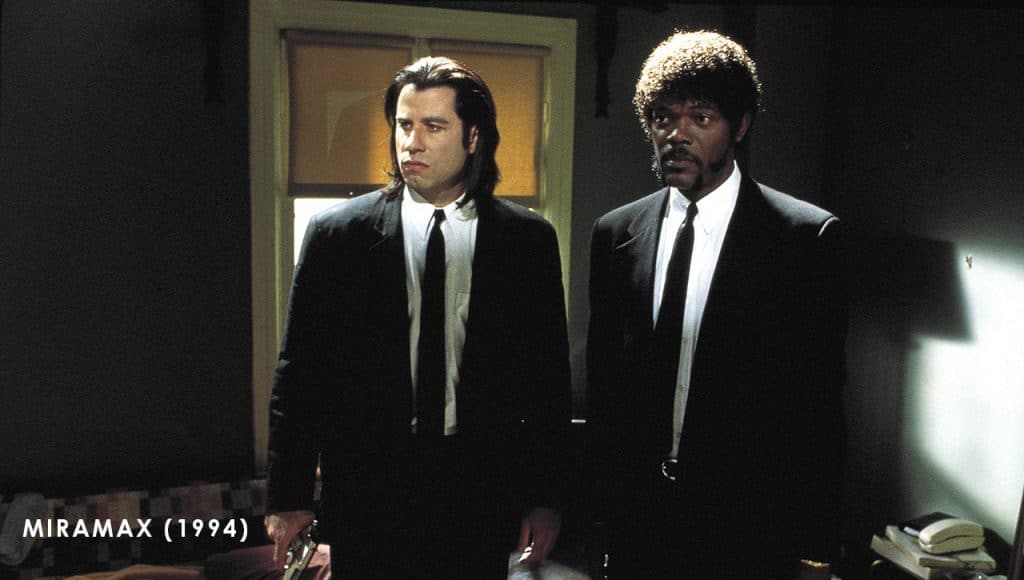 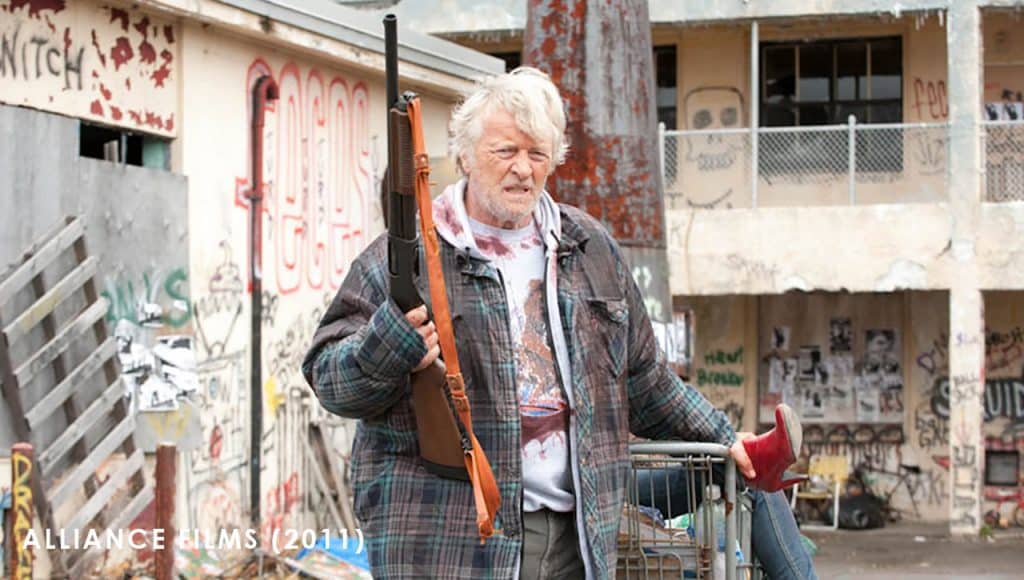 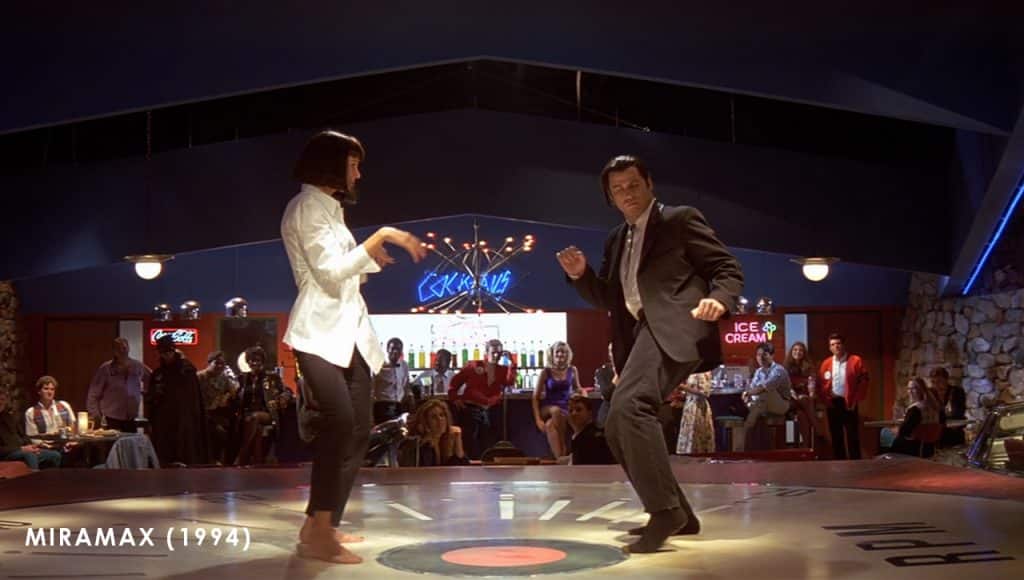 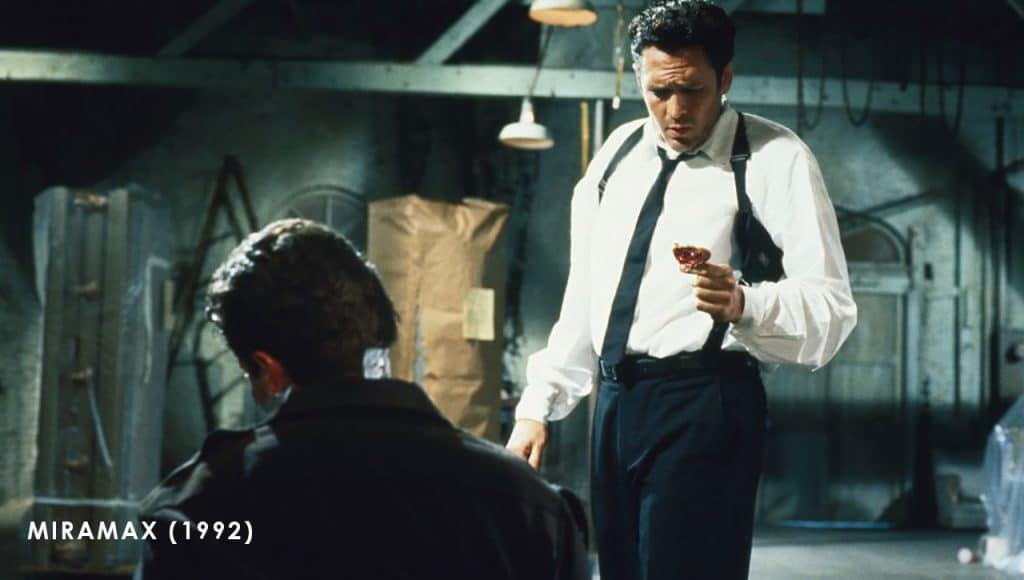 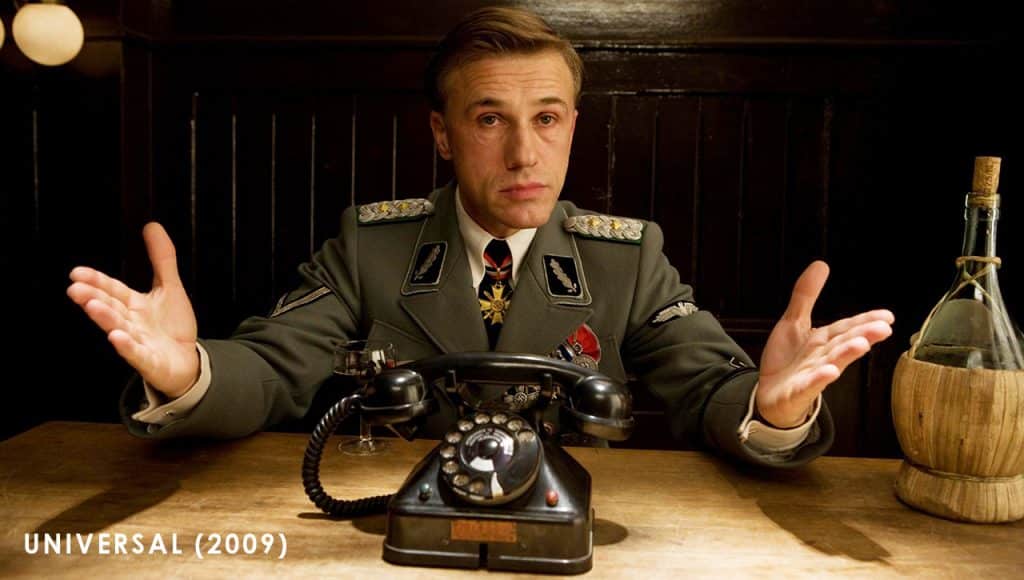 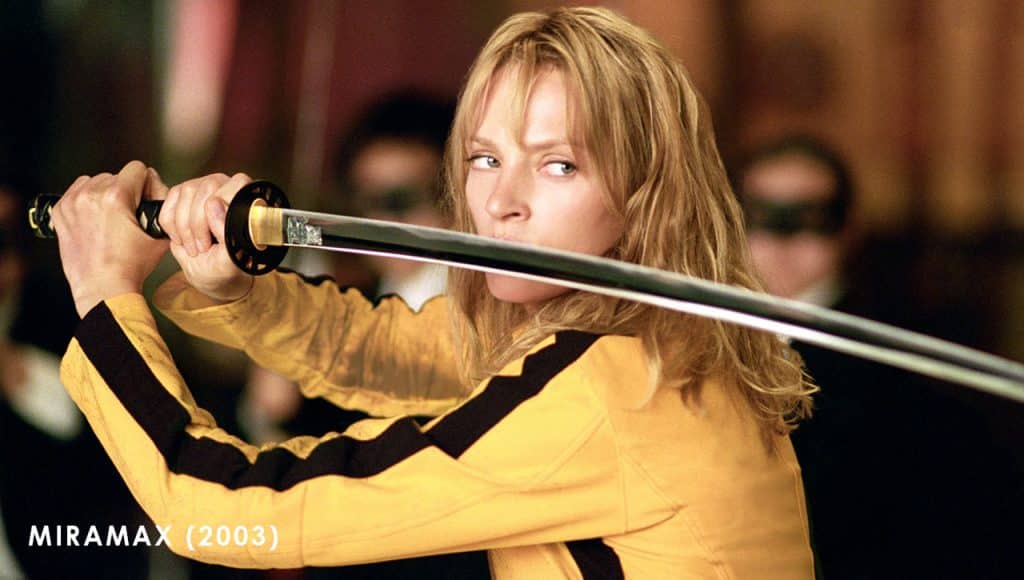 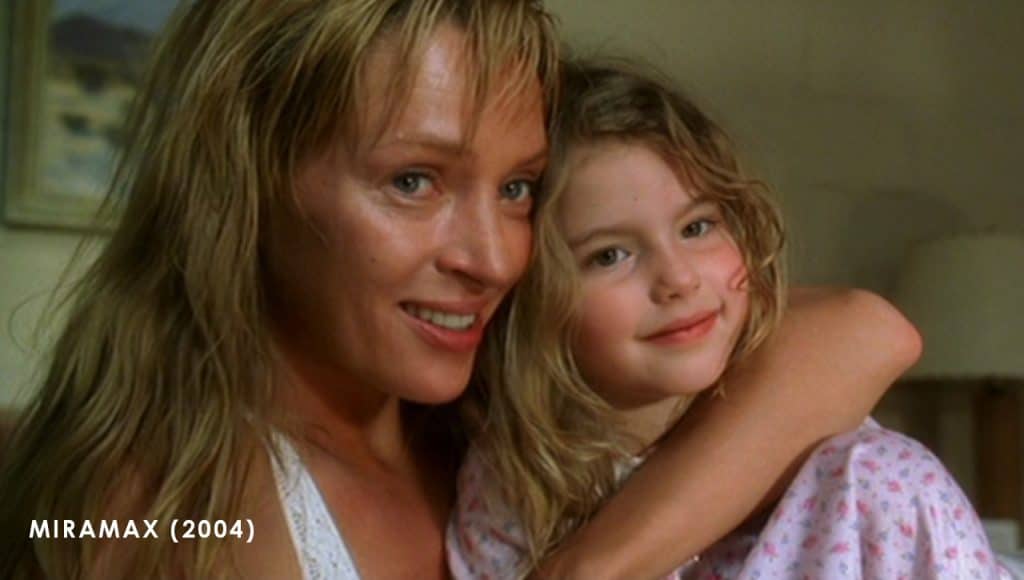 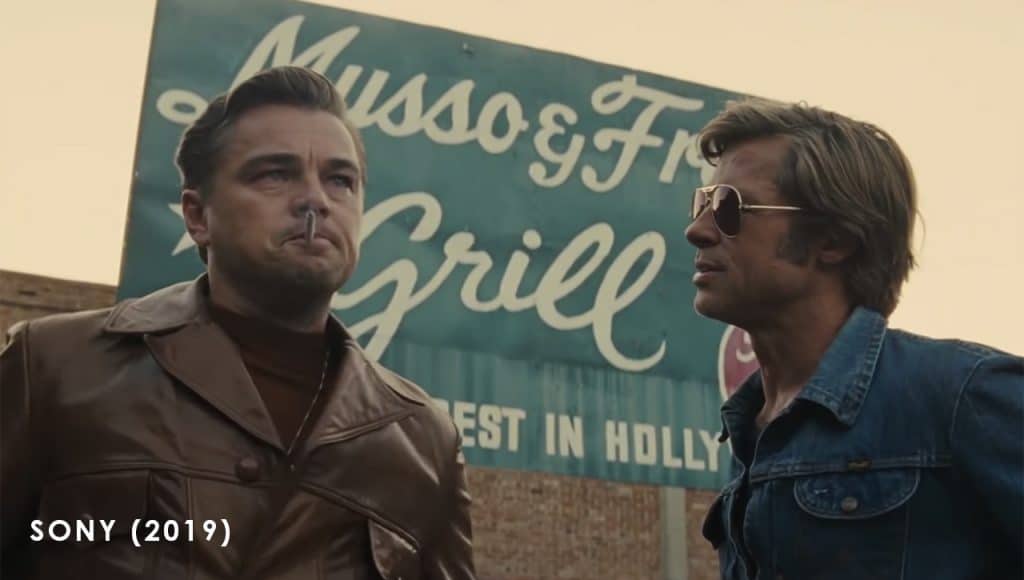