Summer is over! The floor is wet, the air is getting a chill, and everyone is just a little bit sad. Chin up though, because this is when the movie biz starts to get interesting! We’re right on top of the BFI London Film Festival now and the industry is buzzing with another batch of yummy, movie goodiness. The great thing about the LFF is it properly reflects London’s personality; there are films from all over the world, all walks of life, all coming together to the same place, all with a common aim. It’s wonderful… I might be about to burst into song, hang on. Nope, I caught it in time. Phew.

I was reading up on what we can expect from the LFF and I found a statistic that said 40% of the films presented this year are by female directors. This is a massive shift, which can only benefit the artform and, with plaudits like Elizabeth Banks being named Will Rogers Pioneer of the Year, it’s inspiring to see the hard work of so many talented people coming to fruition. But then I was confronted with a truth that, as a movie fan, made me feel like a phony; I hardly ever pay attention to who it was that directed any given movie, male or female. Once I’d forgiven myself, I wondered if there were films out there that I already loved, which happen to have been directed by a woman. You’ve probably already seen that I’ve done a list.

I was one of those kids that loved Ghostbusters and Honey I Shrunk the Kids, so Wayne’s World, directed by Penelope Spheeris blew my mind! It was mad and irreverent like other comedies of the time, but it also played with the cinematic form, exploring stuff like fourth wall breaks and random flights of fancy that seemed to have nothing to do with the plot. Think Deadpool and Family Guy but fifteen years earlier. Take these lines for example, ‘I just always wanted open a door to a room where people are being trained like a James Bond movie’ or ‘Ah, new print, little, yellow, different’. This is the tip of the iceberg though, because there’s also Bohemian Rhapsody, the Scooby Doo ending, Meatloaf and Alice Cooper! If I’ve lost you, just go and watch it, it’s brilliant! Spheeris also directed The Little Rascals in 1994. Exactly!

I love a good Wall Street escapade! Fair enough, this is more a series of people being hurt in awful ways, but the fashion and the music is fantastic. Like rich people really know how to dress up bloodlust, don’t they? Harron’s direction in this, captures the artifice of Patrick Bateman’s carefully constructed persona so perfectly that when it falls away into violent acts of human mutilation, it’s all the more disturbing. The movie even makes use of a popular cultural architype of the time, put forth by Fight Club; that of bloodying Jared Leto’s face. If it works, it works, right? I still can’t listen to ‘It’s Hip To Be Square’ without feeling super grateful that I’m not listening to 30 Seconds To Mars. Mary Harron has a new movie out next year called Dali Land, which she also co-wrote with John Walsh. It’s only ever a matter of time before a director makes a film about art, really. Looks good!

Professor Marston and the Wonder Women – 2017

Amid the hubbub surrounding the release of Wonder Woman came Angela Robinson’s slightly lower key affair about the man who created the iconic comic book character. The plot follows the committed relationship between Marston, his wife and their lover. Set in the 1920s, it explores themes of control and submission as well as approaching the idea of sexual taboos, that still remain in place today. I remember expecting the story of how Wonder Woman was invented and slowly realising this was a completely different movie, suddenly coming over all English and, ‘Oh, I say’. Far from being attached to any particular ‘ism’ though, it’s more of a focus on romantic relationships in general and the need to submit to love. There’s a funny little moment when the three are learning about S&M in the back of an adult-themed shop and the owner remarks that Professor Marston is a submissive. Well it was funny at the time, I don’t think I told it right.

What a movie! I watch this when I’m sick because it gives my tummy tingles. Sofia Coppola absolutely whacked this one of the park. Directed with complete confidence; the movie takes it’s time and develops Charlotte and Bob’s relationship with subtlety and nuance. The Karaoke scene warms your heart as it breaks. We see the way each of them looks at the other and their feelings are captured in that moment of awkwardness and vulnerability. But, at the same time, you know it’s so precarious and precious, they’ll never say it out loud. There are big cinematic sequences punctuated with little, intimate moments that feel as if you’re a fly on the wall in real life. Coppola creates a feeling of space and a need to huddle up somewhere small to get away from it. It’s lonely and lovely. If you haven’t seen it, do! She also directed, among others, Marie Antoinette in 2006 and The Beguiled in 2017. Hell of a body of work.

Some fantastic stuff here, but I feel an honourable mention has got to go to Mabel Normand, one of the earliest pioneers of comedy in silent cinema over 100 years ago. Actor, writer, director and producer; she went on to form her own film studios and is widely credited as the movie mentor of a young South Londoner who made a lot of great movies himself before eventually giving Hitler his signature look. Her success was brief due to being ‘cancelled’ by the media because of tenuous links to various scandals, but her contribution to popular culture is still apparent today in American slapstick comedy and the game Pie Face. Serious.

I’m fully aware I haven’t even mentioned Kathryn Bigelow yet but that’s because, after looking into these films in more detail, I reckon I could do a whole blog on her films. So that’s what I’m going to do!

There are so many great movies directed by women! That’s not a particular surprise, a good director is a good director, but I have really loved looking closer at films I’ve enjoyed as a film in their own right rather than as one in the series of an auteur. As I said before, I never really paid attention to the directors of most films, regardless of gender, which I have no defence for, seeing as it’s primarily their movie. Something must be done about my carelessness! Henceforth, I will resolve to pay attention in the opening credits rather than smashing into my popcorn and I will definitely stay all the way through to the bottom of the end credits instead of getting up and leaving what’s left of my popcorn. I can do that. I really think I can… 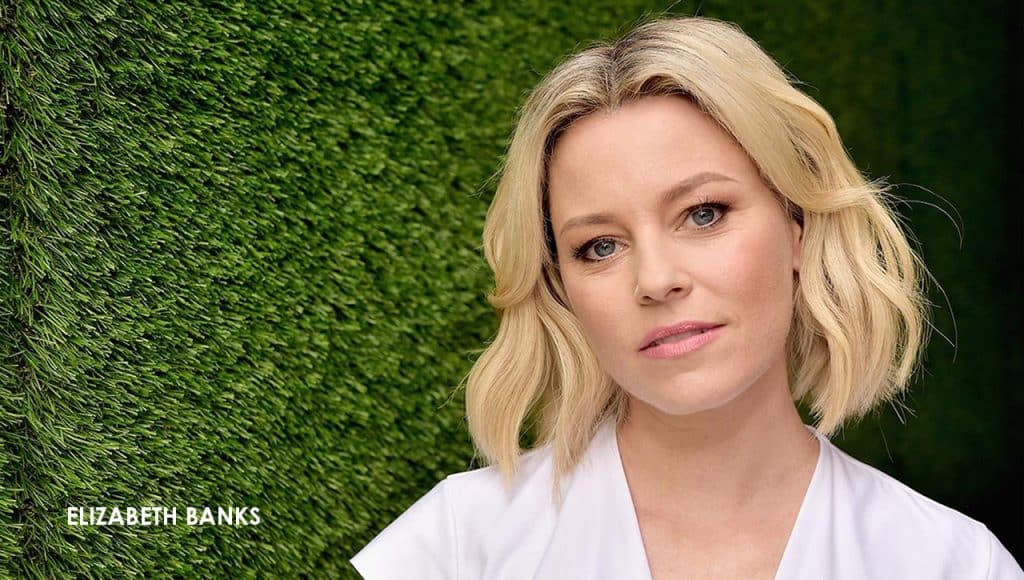 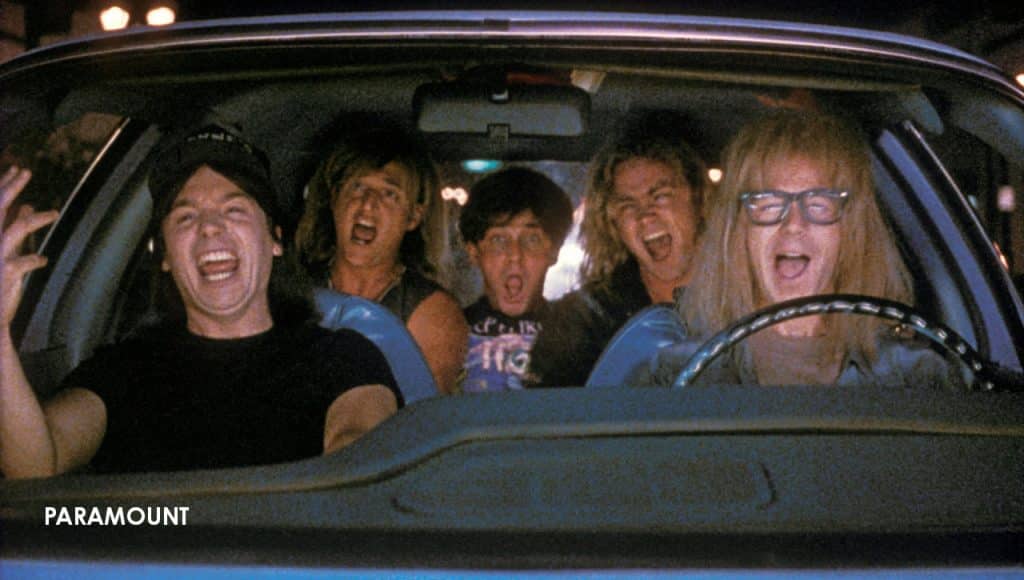 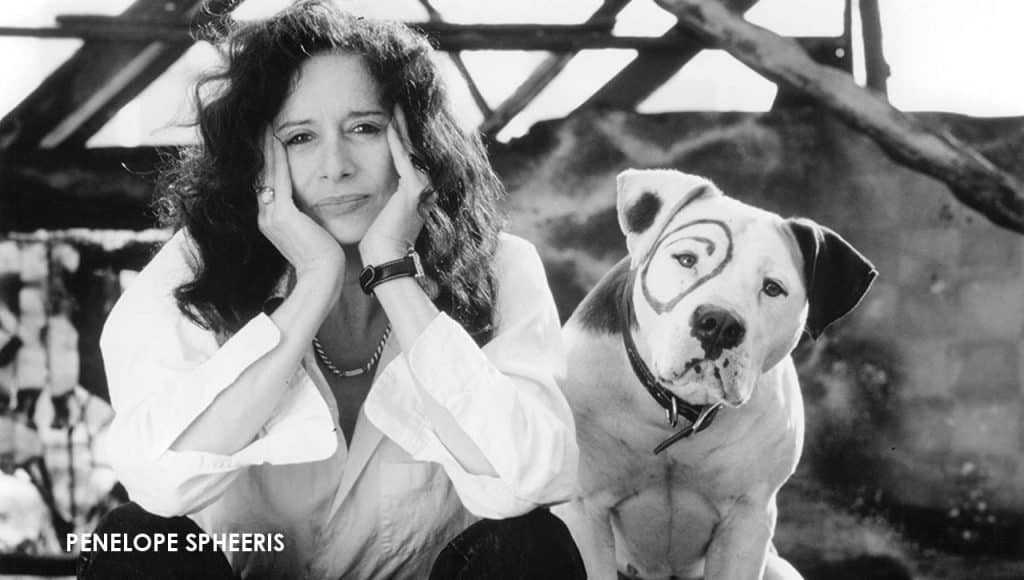 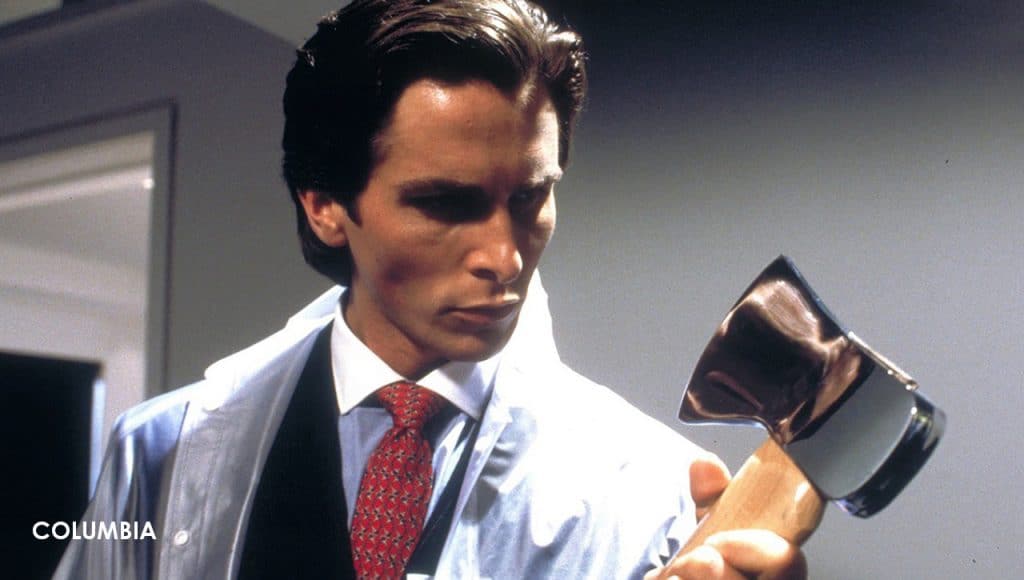 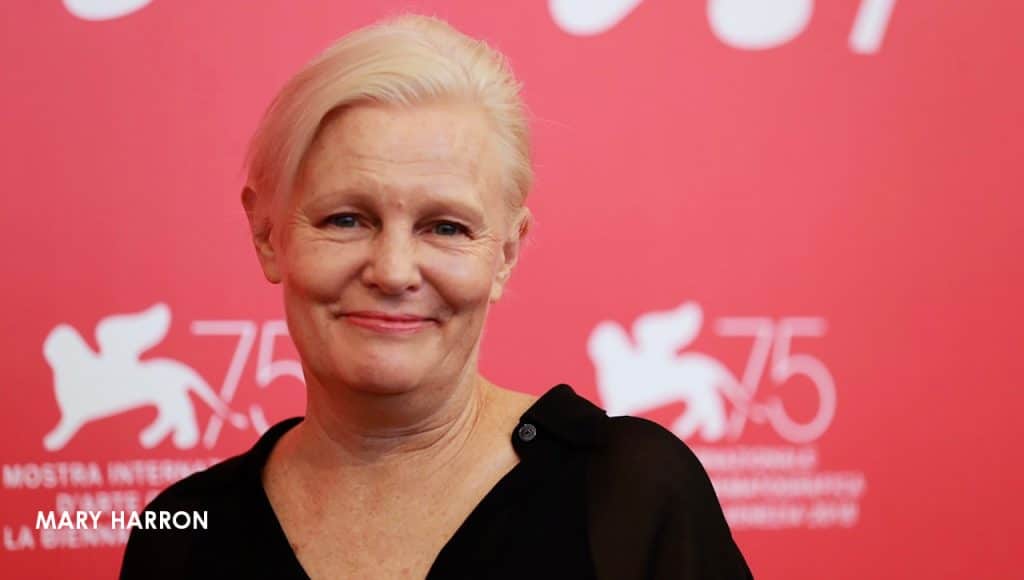 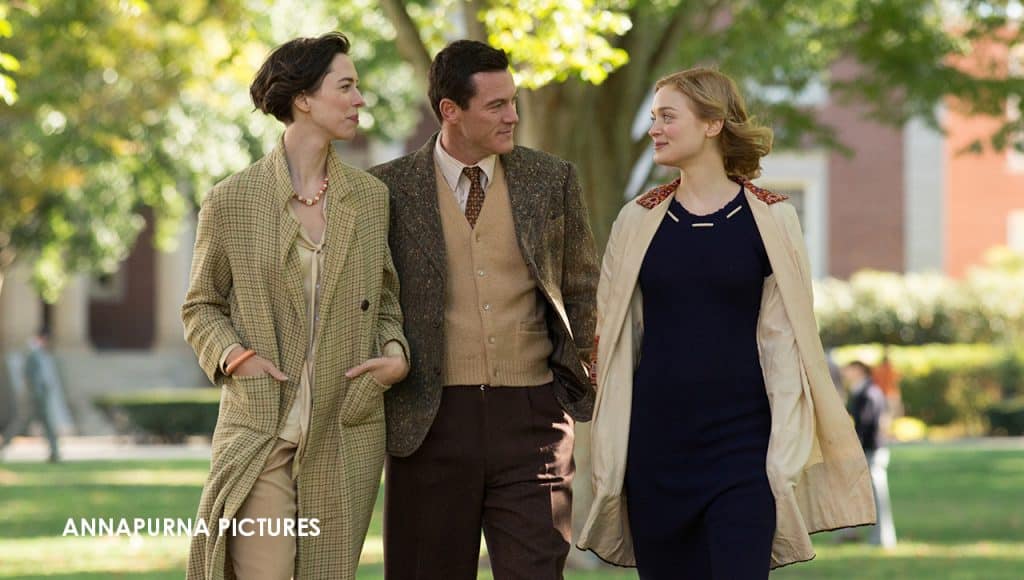 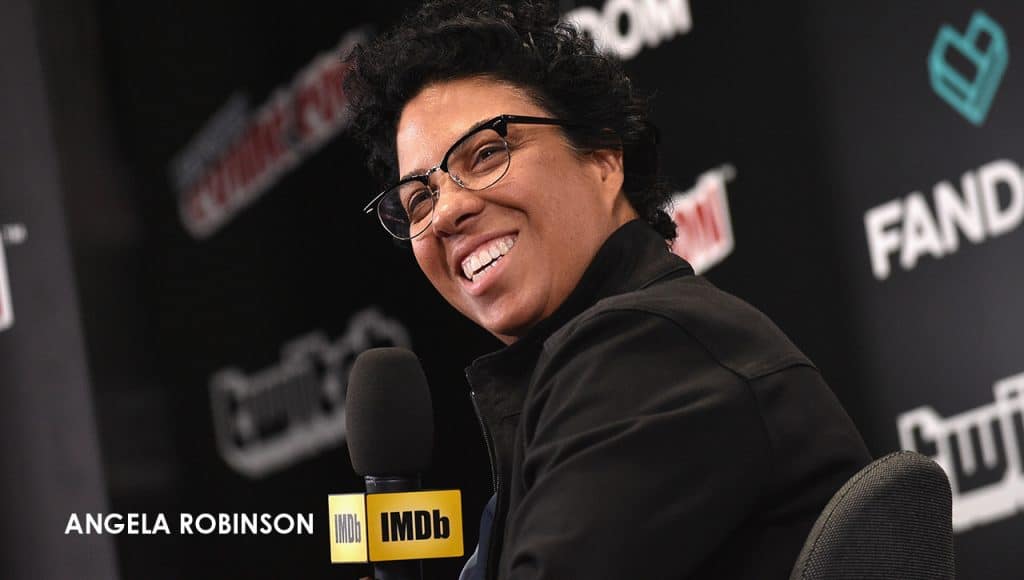 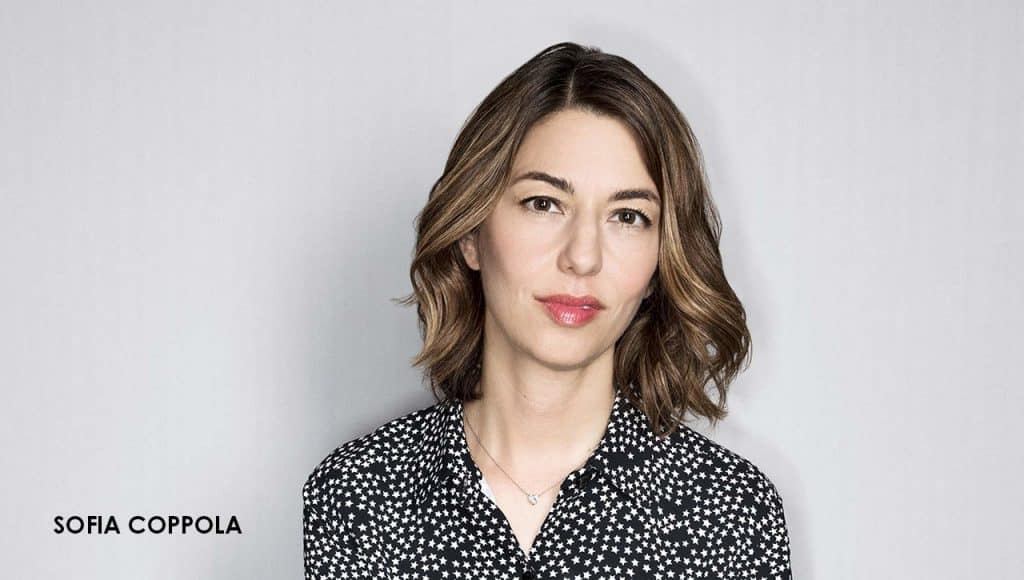 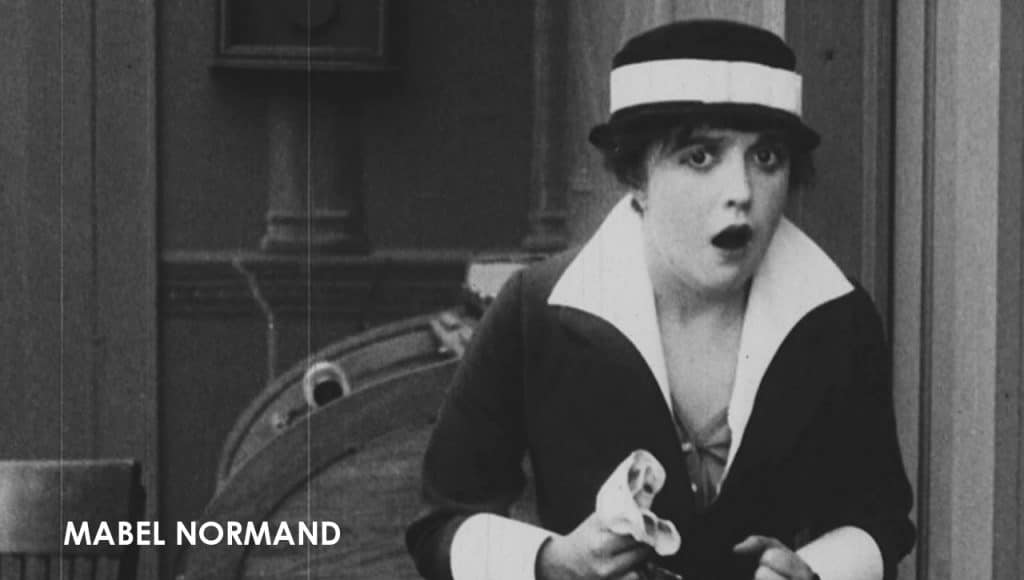