From player profiles, to coverage of events and weekly promos of upcoming games, DMS’ in-house production team Tiger Films has spent the last six years working closely with the NBA’s content team to produce a wide variety of promotional materials for multiple platforms. The latest project, a 30-minute documentary ‘Making it Rain: A Scottish Basketball Story’ broadcast on Sky Sports Action was an opportunity for DMS to showcase its production capabilities by remastering archive footage, capturing interviews and delivering captivating music content.

As the relationship between Tiger and the NBA has strengthened, both have kept an eye out for the next chance to expand the scope of the content produced. This was an area Sky Sports was immediately interested in when it signed on as the UK’s NBA broadcaster, encouraging a focus on telling as many longer form stories around the sport as possible.

With the primary goal of NBA London being to grow the brand and sport in Europe, a focus was placed on stories relating to this side of the pond. Enter Robert Archibald, the one and only Scotsman to ever play in the NBA. After digging deeper into the history of Caledonian basketball, NBA’s Head of Content Matthew Halliwell spotted an opportunity to explore this little-known story and expand it beyond just one man.

The Archibald story starts in the 1980s with a grainy YouTube clip showing TV footage broadcast by Channel 4 from a Scottish arena packed full of passionate supporters. After some research, it emerged that the 1980s had seen a ‘golden age’ of basketball in Scotland, fuelled by a fierce rivalry between two well-funded teams from Edinburgh and Falkirk. Representing the Edinburgh team was Robert Archibald’s father Bobbie.

The biggest challenge was working with old footage and giving it a new a new lease of life and making it fit to be broadcast on Sky. Tiger captured the old tapes and gathered as many match programmes, images and magazine articles from the era as possible, while additional interviews were set up with Alton Byrd – a British Basketball legend who had played for Edinburgh – and his old rival from Falkirk Bobby Kinzer.

Armed with these two main threads to the story, the Tiger team travelled to Glasgow to interview Kieron Achara, recently retired Scottish international and the captain of Glasgow Rocks, Scotland’s only professional basketball team. To bring the story up to date, Achara told the story of Scotland’s unexpectedly good run in the 2018 Commonwealth Games, which included a victory over England for the first time in 35 years.

This provided the documentary with an additional thread and gave the team confidence that they had enough engaging material for the full 30-minute broadcast. Between August 2018 and May 2019, Tiger Films worked with the NBA to craft a fun and heartfelt ode to the untold stories of Scottish Basketball – which even featured avid fan Andy Murray sharing his thoughts on Robert Archibald’s journey from Scotland to the NBA.

As if all of this weren’t enough, the team found out that the inventor of basketball, Dr James Naismith, was also of Scottish heritage. This was too good of an opportunity to miss. In a perfect close to the project, the doctor’s grandson Jim Naismith narrated the opening and closing sequences of the documentary; bringing the story full circle and honouring basketball’s deep Scottish roots.

“This was the first time we’d worked together on longer form content, but we were confident that DMS’ Tiger Films team would deliver – they did exactly that,” said NBA’s head of content Matt Halliwell. “The team captured and produced a range of interviews and beautifully remastered 80s archive footage, delivering captivating visuals and sound. The result was an engaging look into the untold stories of Scottish basketball – including the career of Robert Archibald.”

Music played a big part of the documentary, the soundtrack incorporated a big beat to drive the fast-paced games, then took a back seat to the interviews when a different mood was required. The sound mix also helped ensure the archive footage really immersed viewers in the events, with some clips needing work to make the dialogue as audible as possible and others needing a bit of layering with sound FX to help make the games more exciting.

All the pieces used were composed specifically for the documentary – including the title piece ‘Power of Scotland’ – with the sound playing a key role in making viewers feel like they were in the arena watching the games. This resulted in a captivating documentary that elevated the story of Scotland’s influence on the world of basketball to a mainstream audience.

“For the sound mix of the documentary we wanted to help drive the story telling along by making sure all of the archive footage really immersed you in the events. We had a lot of cleaning up to do in terms of repairing the VHS audio and trying to get all of the dialogue to be as audible as possible. Our aim was to blend these sounds and make them feel like part of the games from the various eras – delivering a 5.1 long form mix enabling the team to explore the expanded sound field and really put the viewers in the arena during the games,” said Toby Campen, Head of Audio.

Delivering a premiere service on and off the red carpet 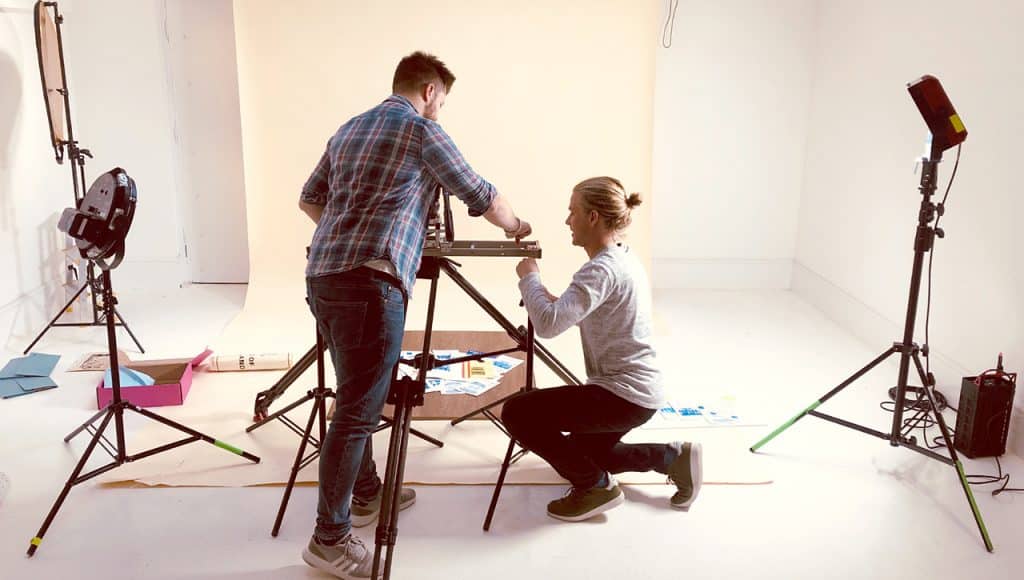 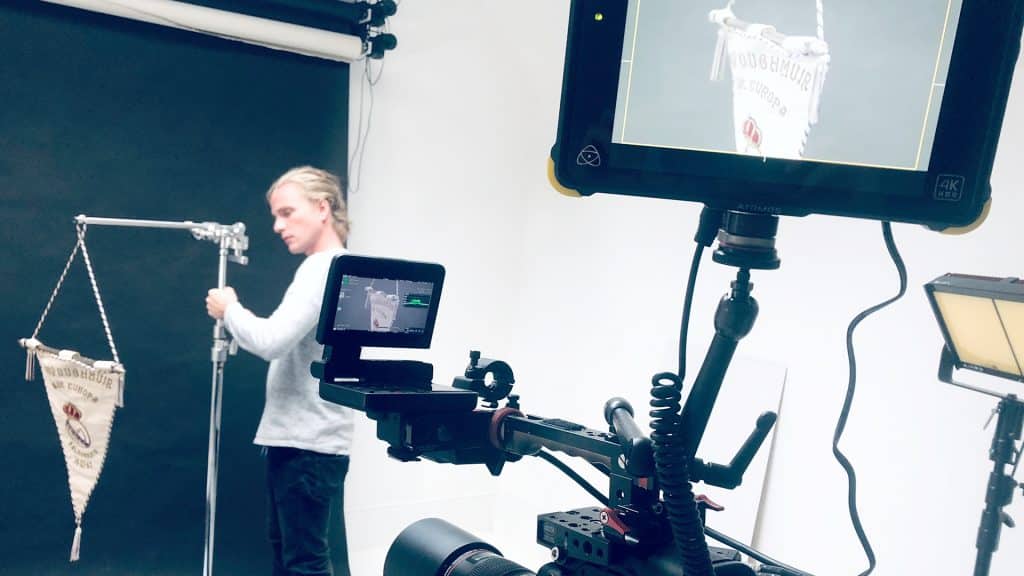 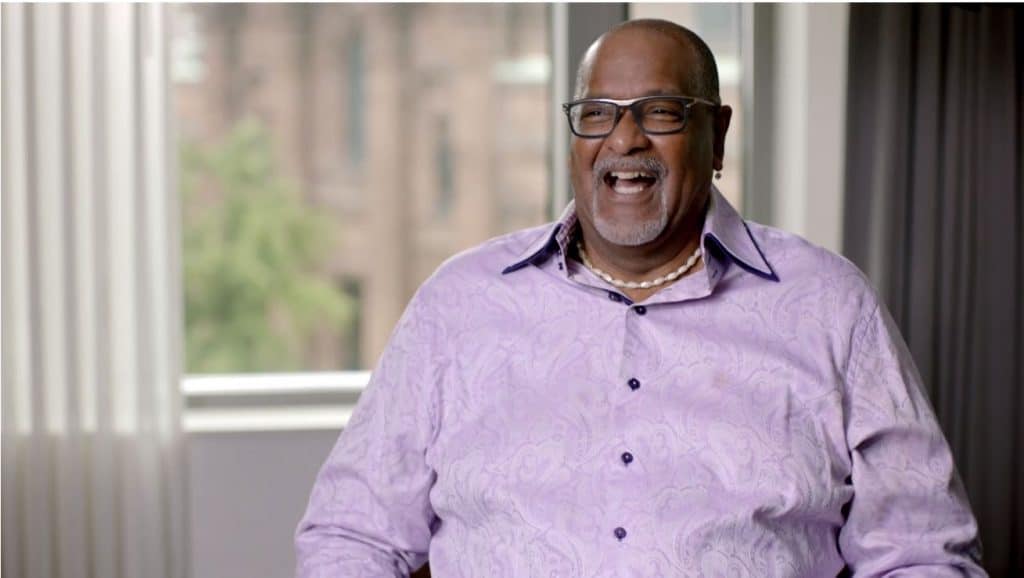 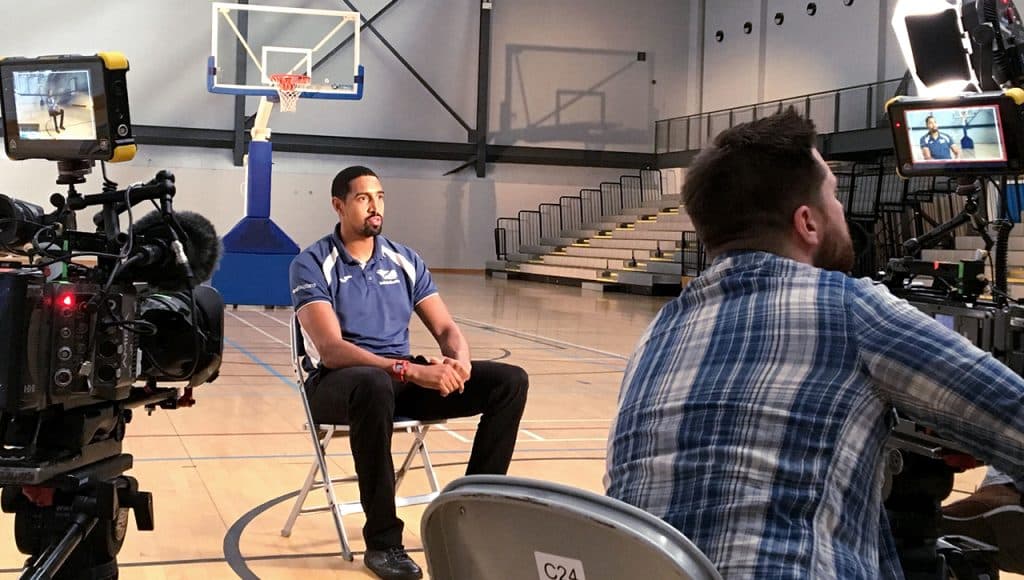