“With its popular London game, the NBA is aiming to grow interest in basketball outside of the US. As part of this strategy, Tiger Films is producing European-focused content to enhance fan engagement” – Jake Bickerton, editor – BroadcastSPORT.

FEED Magazine and BroadcastSPORT covered Tiger Films’ recent NBA project as the journalists met up with Michael Northern, head of Tiger Films to find out what they got up to during NBA’s London games and beyond.

NBA basketball has become one of the most watched sports and recognised brands online. For the past six years the production arm of DMS, Tiger Films, has worked with the NBA to create engaging digital content for fans in the UK and across Europe delivered on multiple social and broadcast platforms.

On 17 January, Tiger returned to the O2 Arena for London’s latest NBA showdown, this time between the New York Knicks and Washington Wizards. Aimed at growing the NBA brand and engaging with fans on this side of the Atlantic, the annual NBA London game has become overwhelmingly popular, with this year’s face-off selling out in under an hour.

In the week leading up to this years’ game, the NBA ramped up activity and held nine events which were to be filmed, cut and edited for distribution to the league’s 1 billion strong social community. To bolster the whole week and maximise the buzz in the lead up to the game, Tiger’s team worked around the clock to professionally shoot and quickly turn around content that would grab and keep fans attention.

“The popularity of the NBA’s annual London game is nothing short of a Phenomenon” – Jake Bickerton – BroadcastSPORT.

There was a real variety of activities throughout the week, some involved work within the community, while others were solely for entertainment value. Day one of game week saw the crew join celebrity chef Gordon Ramsey at the famed Savoy Grill, as he taught NBA Legends Caron Butler and Shawn Marion how to perfect the art of cooking steak. At the same time, the Tiger crew were also in North London filming a junior basketball session for girls, led by stars of the WNBA. For each event, Tiger Films produced short one-to-two-minute pieces that were delivered to the NBA’s digital platforms including Facebook, Twitter, Instagram, the NBA website and NBA TV. Not to mention footage broadcast on Sky Sports News.

“The NBA has a different attitude – it has adopted an openness to users sharing and dissecting game footage across the digital world” – Chelsea Fearnley, Features Writer – FEED Magazine.

Other events during game week included a DJ masterclass between Caron Butler and DJ iLLspokinn, plus an interview with the game’s sponsor Norwegian Air. This was later played to the sold out 02 on the arena’s jumbotron. As well as capturing the action-packed schedule leading up to game day, the team were on hand to film red carpet arrivals with the likes of Jamie Redknapp and Olivier Giroud present. The clips required a fast turnaround and had to be delivered by the half time break for the fans to enjoy.

“With NBA’s encouragement of video sharing via social media, it’s allowed NBA fans to comment in real time, exchange humourous captions and, of course, create memes…it has reshaped the nature of discourse throughout the game season” – Chelsea Fearnley – FEED Magazine.

Overall, the team has produced 245 pieces of broadcast quality content for the NBA over the last 12 months and have shot for a total of 33 days, delivering localised regional content.

‘’It’s actually the first time Sky has had the rights to the NBA. Sky is more engaged with the NBA and has used a lot more of our content on its news channel. It’s been great for promotion.’’ said Michael Northern, Head of Tiger Films.

Tiger Films can offer clients a complete production service across everything from single camera capture of an event all the way up to a multi-camera live OB. As well as a range of originated content for broadcast, online and social usage, utilising a wide range of creative editing, audio, graphics and visual effects tools. Recently, the team have been capturing and creating video for Disney cruises and filming interviews to promote the release of Revenge. You can see more of Tiger’s work here.

NBA’s project was covered in FEED magazine and the brand new publication Broadcast SPORT, who spoke with the NBA’s Content Manager, Matt Halliwell and Michael Northern, head of Tiger Films. 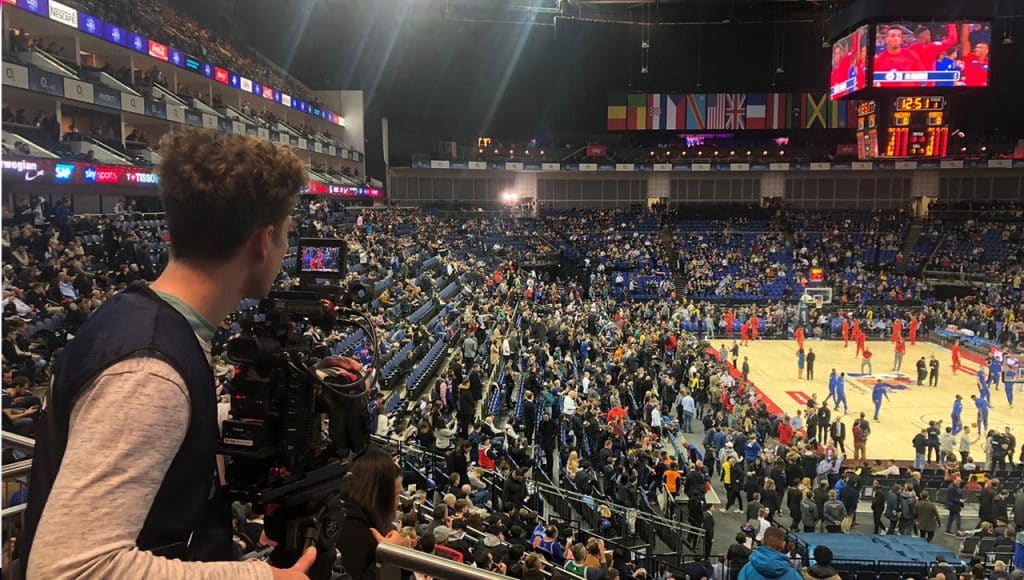 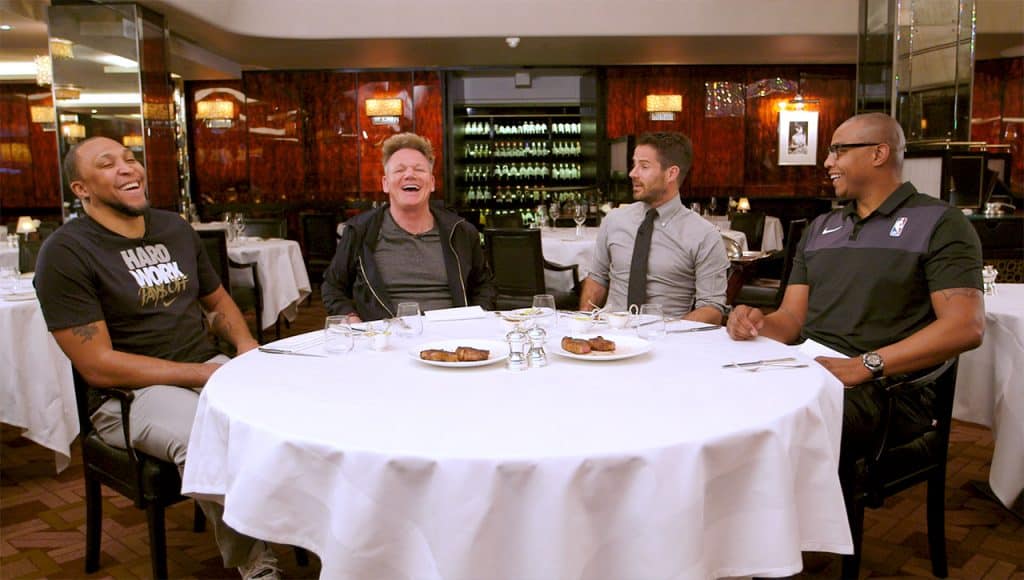 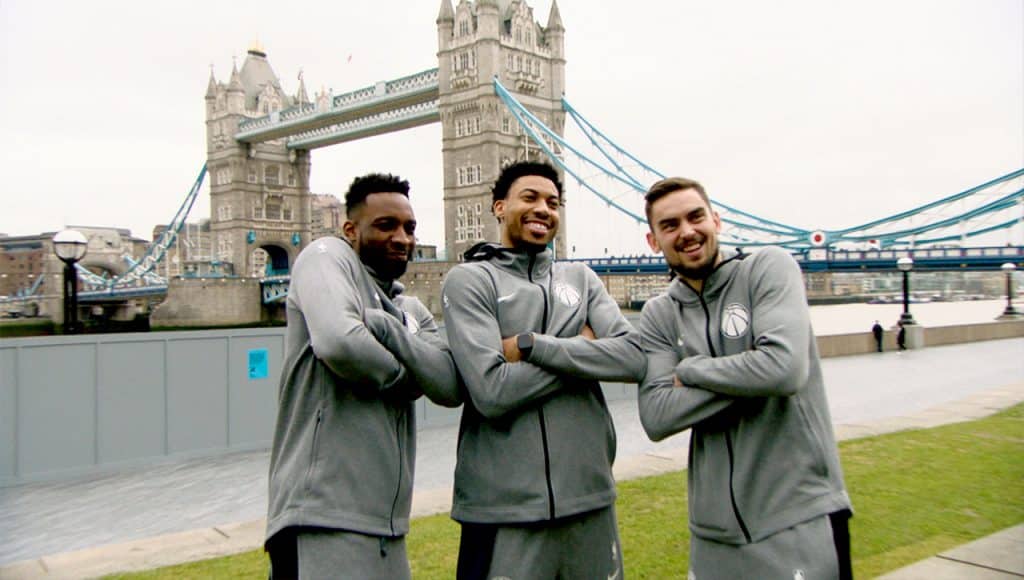 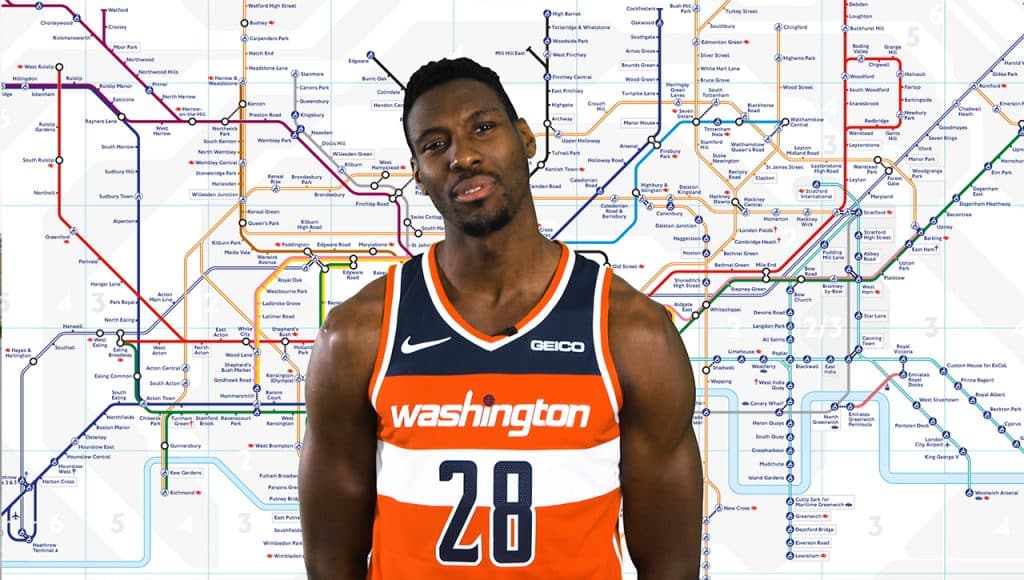