I love movies, do you love movies? Hands up who loves movies. You couldn’t spend your days looking into the minute details of every new release like our media monitors do if you didn’t love movies. Getting paid to talk about films all day is a job that very few people get to do, and we consider ourselves very lucky. Having said that, there is that cold-water-trickling-down-your-back moment when a new Star Wars or Harry Potter appears on the horizon, purely because we know there is a six-month period, coming like a train, where we won’t get to see our families; making us wish for a royal wedding or a general election just so we can catch up on all the daily news outlets. And through all the mighty campaigns we’ve worked on, we all agree there is still no franchise that can bring the thunder quite like James Bond. Vivid details are carved into my memory from my baptism of fire, when Skyfall came out. Looking at the mountain of broadcast coverage surrounding the Adele song, the premiere and the millions of junket interviews, I remember thinking, ‘This is my life now’. And for a while, it was. When a James Bond movie comes out, it is all the UK media can talk about, it just is. But that doesn’t fascinate me nearly as much as what happens when a James Bond film isn’t coming out. Even more when there isn’t even one kind of coming out.

In Media Intelligence, we get the drop on media trends first-hand because we see everything every day and I can put my hand on my heart and say that our team has picked up 4,000 James Bond media mentions in the UK from just the last 12 months… you know, because of that James Bond film that came out last year… I’ll put that number into perspective for you; a campaign for a highly grossing action/superhero movie will pick up somewhere between 2,000 and 4,000 media mentions and that’s when they are going hell for leather with talent tours, junkets, features and ‘my side of the story’ scandal interviews. James Bond has none of that! They’re not even promoting the new film and yet today as I write this, we’ve picked up 10 newspaper articles and a magazine piece. What are they even talking about??? Well, I’m glad you asked…

You see, James Bond is in that blessed position where the early films nailed the conventions of the suave, globe-trotting spy so well and so immediately, that it defined the spy drama. It even seems weird to call it a ‘spy drama’, doesn’t it? Because a James Bond movie is a James Bond movie; it has its own genre and as such, every single spy movie that comes out inevitably gets compared to 007. Take the obvious example from recent memory, Kingsman. For every two mentions of that film in its busiest months, one of them referenced Bond. That is publicity you can’t buy! I mean obviously, Kingsman was a bit of a love letter to Bond so there were inevitable comparisons to be made. They were even aware of it while making the thing, with frequent, self-aware references to how ‘this ain’t that kind of movie, bruv’. The Bond effect is inescapable. Similarly, a spy film can bring up mentions of Bond because of how different it is to the classic formula. When I first saw the trailer for Atomic Blonde in 2017, Bond was the furthest thing from my mind (because Charlize Theron is everything). That is until we pulled in some coverage from Good Morning Britain with the tag line ‘Charlize to play Bond?’ I mean, what? That is Jedi level engineering. I imagine even the team in charge of the Bond franchise must’ve whistled in awe at that one. That is a major factor in the success of Bond though. No matter how good, bad, similar or different a spy movie may be, they will always have to lay down libations and sweet meats in deference to the 80-year-old, alcoholic assassin with a quick tongue and questionable sexual health.

The ‘Charlize to play Bond?’ schtick is another big one! In the time since the release of Dr No, we have had 9 actors play Bond but 12 prime ministers. Clearly the stakes are much higher when choosing a new 007 then. From what I remember from the Brosnan/Craig transition, there has to be a consensus before the successor can be anointed. I seem to remember something about smoke from a chimney too and possibly a ritual involving a gofer. In any case, the debate has raged on the TV, the radio or in print, pretty much every day for the past two years. Idris Elba seems to be the front runner for the role after his performance in Luther but honestly, names have been thrown around from Kit Harrington to Emma Watson and it doesn’t show any sign of stopping yet. I personally hope it’s Idris because everyone thinks it’s going to be Idris; people are so sure it will be Idris that when his name is announced, it will be a bit hollow and deflating and I really want to see how little an anti-climax like that will affect this bullet-proof franchise. Also, Idris looks like he can beat up anyone.

Perhaps the actor playing the role is so important in this case because their take on the character sets the tone for the way the movies will look for the next fifteen years or so and will inevitably define an era, not just in cinema, but in our lives. This, in turn, sparks a discussion that many radio DJs (thinking of Johnny Vaughn here) will use when they have a spare five minutes to fill… The, ‘who is the best Bond?’ discussion. This conversational convention alone could keep the roof over the head of the Bond franchise for easily half a decade without a new movie being released. Sean Connery seems to be the favourite, but Daniel Craig is right up there too. I mean, they’re all wrong because Roger Moore is the daddy, whether he runs weird or not, but the important thing here is no one can deny that this is a huge issue that requires some serious thought and no small amount of strenuous debate. Probably.

Will we miss Craig? Of course we will; his tenure has seen the franchise reboot, transform and then settle down into the traditional format, while still remaining relevant in the 21st century. But no one person is bigger than the franchise… Not even me! (I know) It will be interesting to see where they take the character in the current socio-political climate but as long as it still has displays of fantastical wealth and gratuitous explosions, everything will be alright. I suppose that’s the crux of it really; 24 movies in 57 years and everyone is still talking about him. Even with Gustav Graves trying to melt the world with a giant “‘laser’” in Die Another Day, we still flooded the cinemas and bought the DVDs because any Bond film, ridiculous plot or not… is still pretty, damn good.

DMS’ Joe Blogs blog is a fun, light-hearted monthly read about the world of film, entertainment and DMS; written by our UK Client Services Account Manager of Media Intelligence, Joe Acres. Giving a voice to our employees by allowing other DMS staff to contribute, Joe Blogs aims to provide you with a quick five to ten minute read around the industry topics that made our writer go ‘hmmmm?’.

Joe has worked at DMS for 3 years in Media Intelligence, and outside of DMS spends his spare time performing gigs with his band, Taxi Joe. A talented hand at putting his thoughts onto paper, Joe has been described by colleagues as ‘never lost for words’ and has a habit of applying his personal philosophy of ironic optimism to absolutely everything. While we hope you enjoy the blog, we’re confident that no one will be a bigger fan of it than Joe himself!

Joe Blogs: Horror Films… What are we afraid of?

Joe Blogs: ‘Holidays are coming’…How do Christmas ads do it? 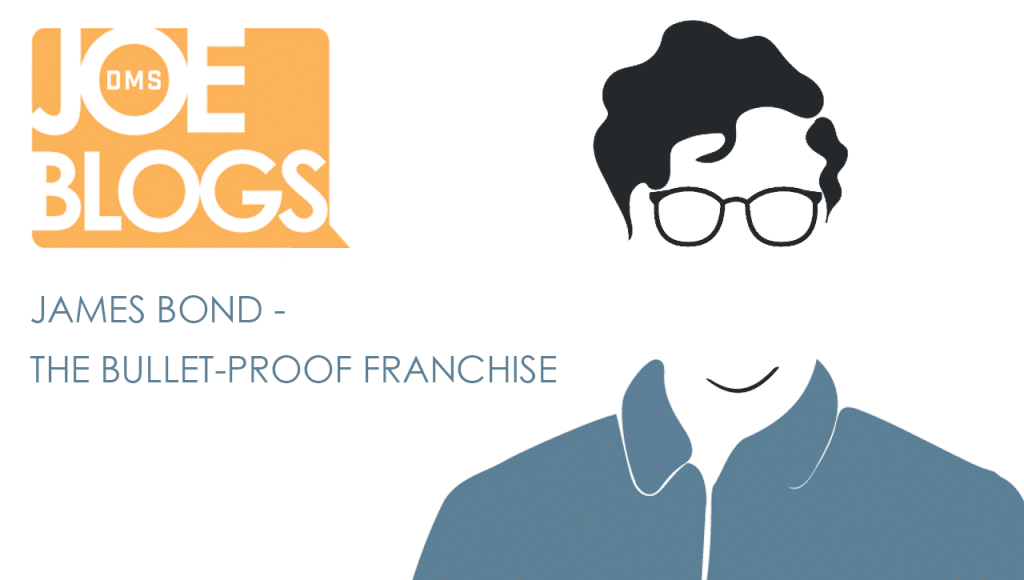 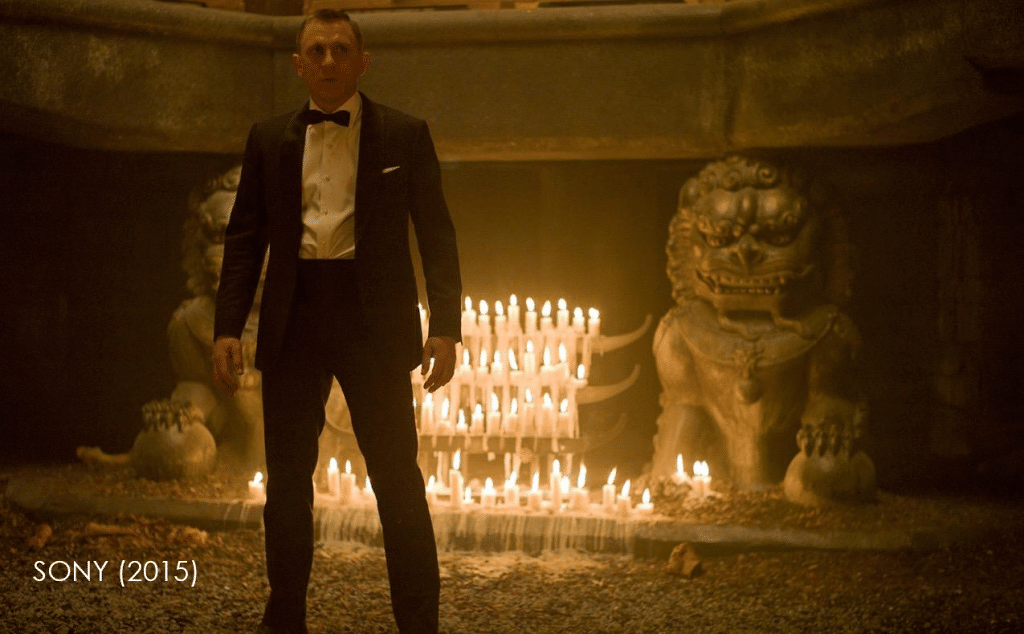 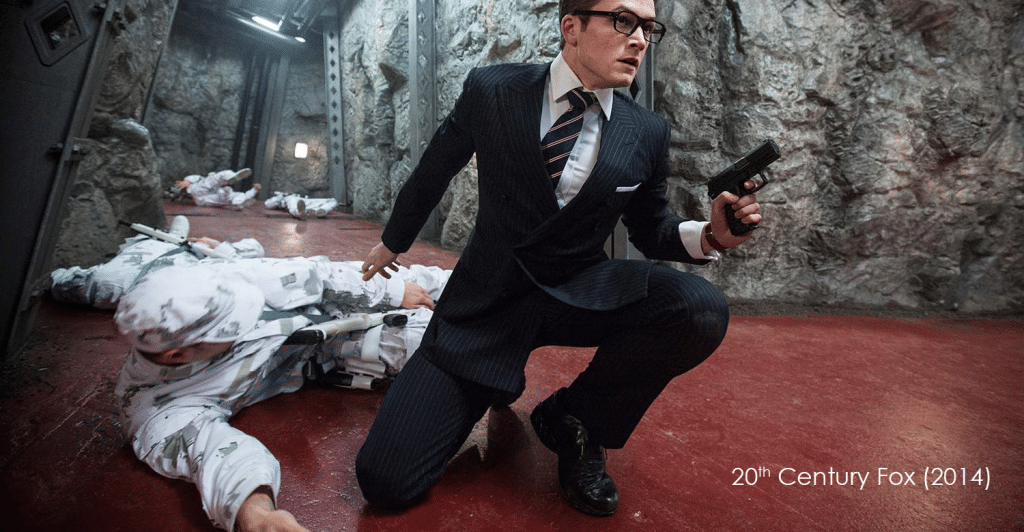 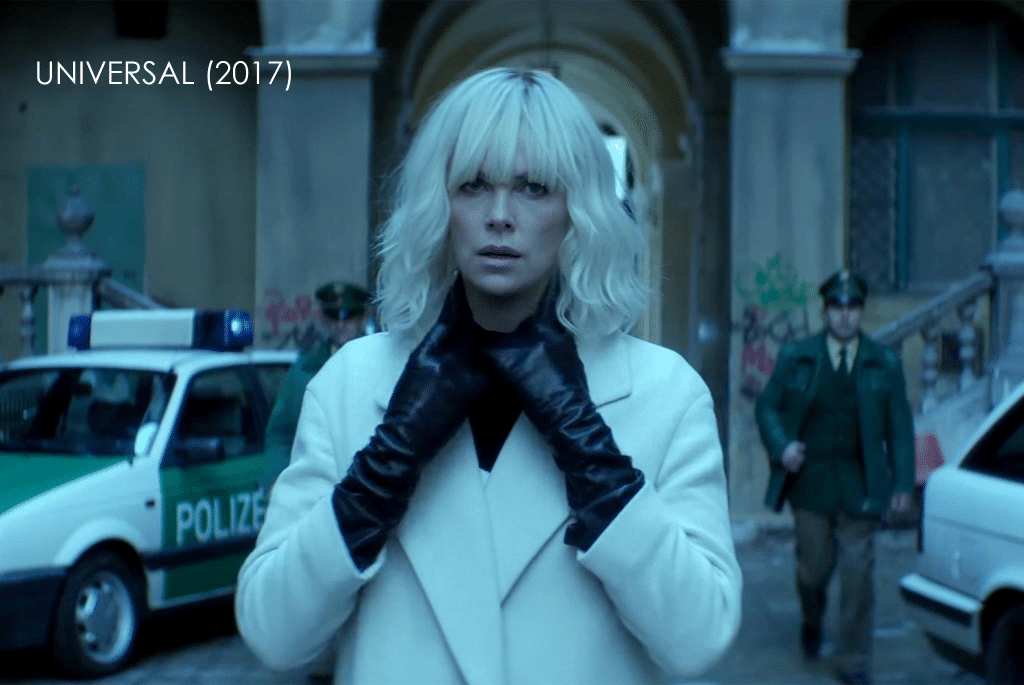 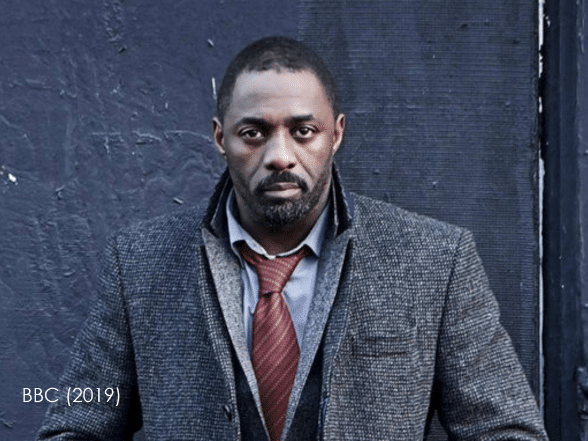 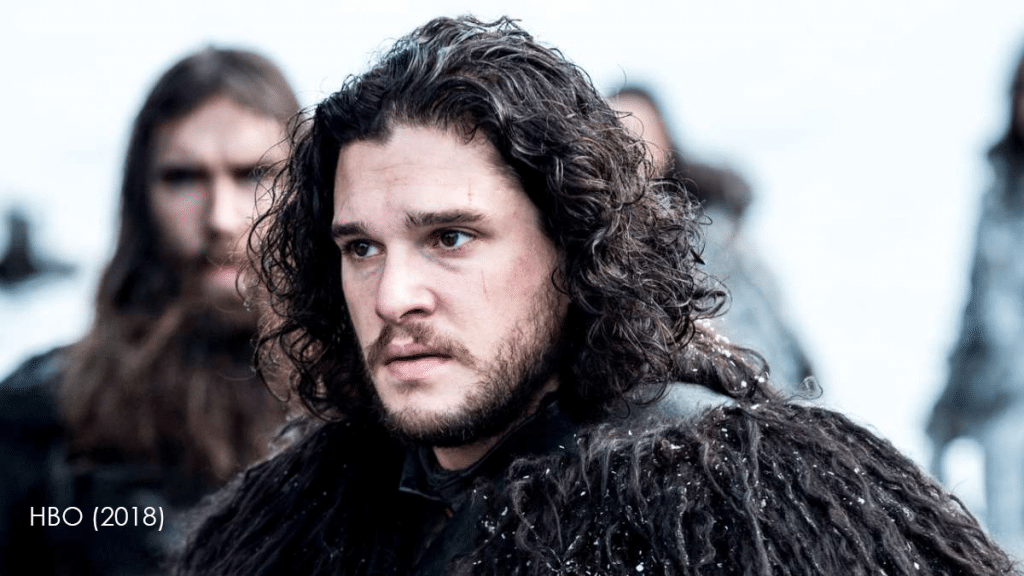 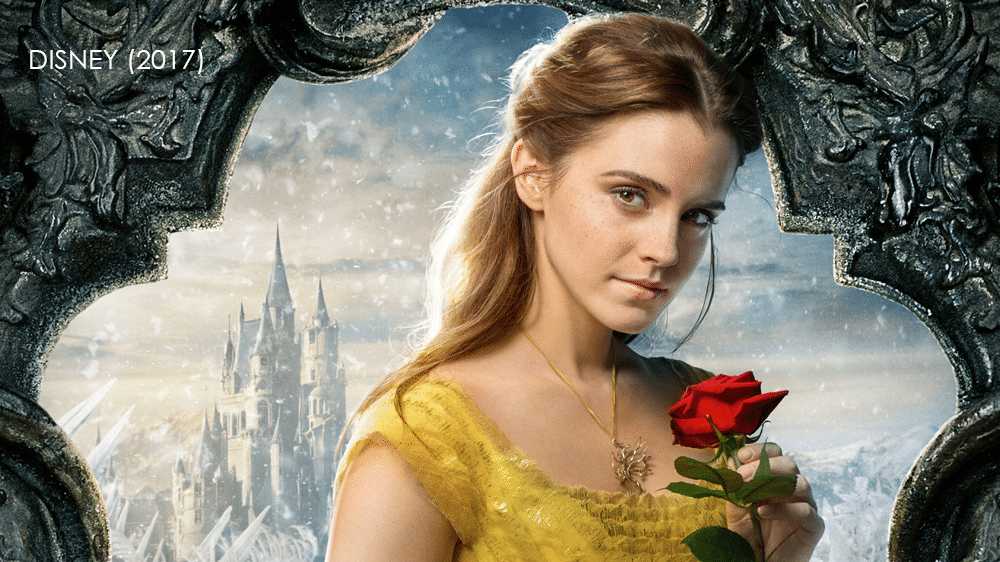 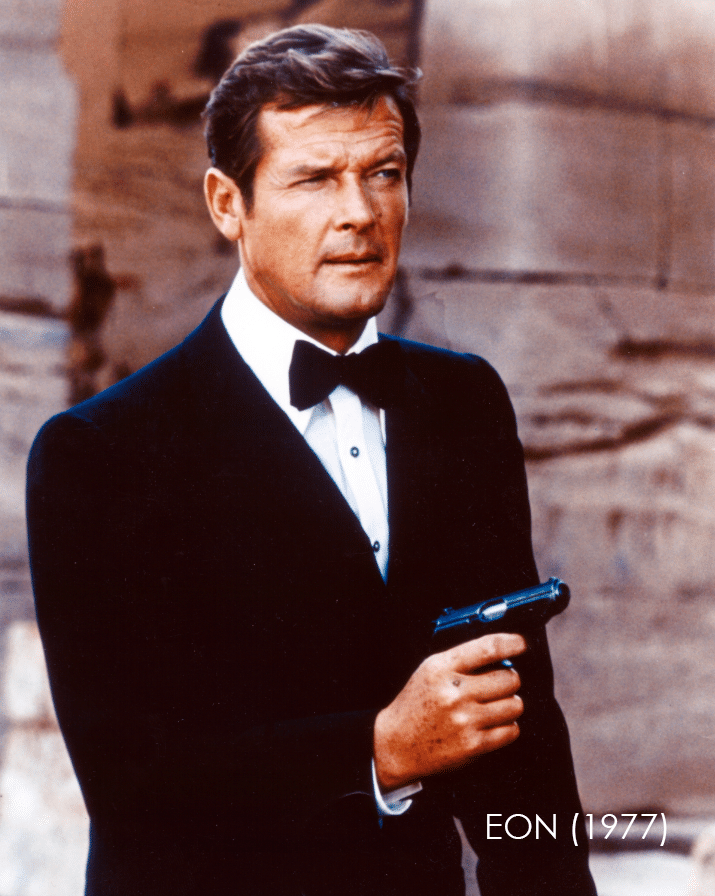