In anticipation of the UK release of ANON, our production crew captured lead actor Clive Owen and director Andrew Niccol during a single camera set up press junket with several media outlets. Brought on by DDA PR on behalf of Altitude Films, our crew transformed a suite at the Soho Hotel into a studio environment to film the junket, with a same day turn around for media interview delivery.

The latest thriller from Andrew Niccol – the writer behind the Oscar nominated films, The Truman Show and Gattaca. ANON depicts a modern world where digital footprints render crime impossible, and privacy and anonymity does not exist – until one woman (Amanda Seyfried) manages to evade the government’s seemingly transparent system. She also happens to be linked to recent grisly murders. Troubled detective played by Clive Owen makes it his mission to find the woman before any further killings can happen. 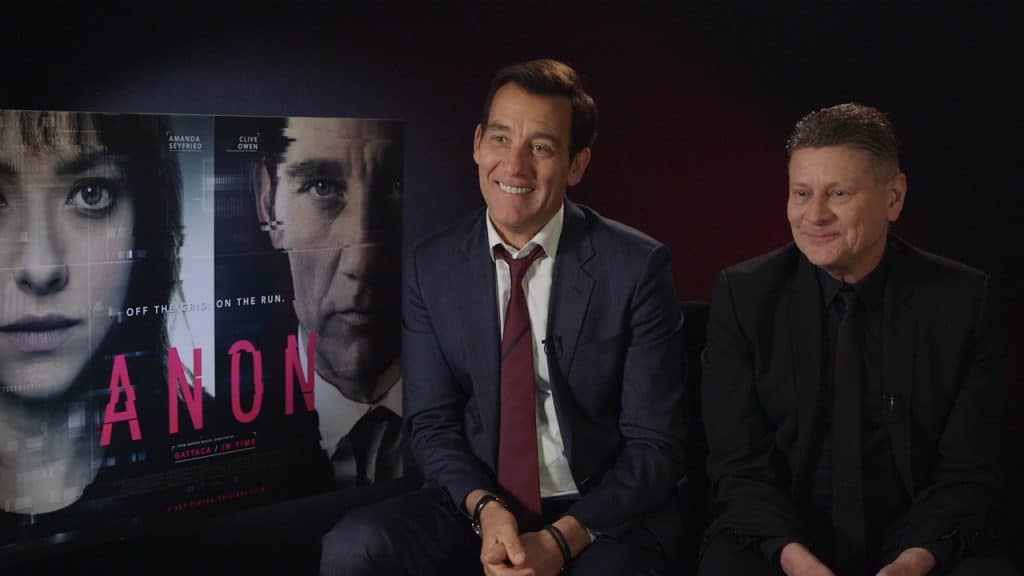