We were thrilled to see the return of CineEurope this summer to full capacity.

The event was in its usual slot for the first time since the beginning of the pandemic. It is even more special to see so many friends and colleagues attend in Barcelona to celebrate the big screen experience.

Presentations and discussions at the conference arrived this summer at a time when the international box office (excluding China) is 166% up on 2021 as of June 11th at $6.06B, according to the box office experts at Gower Street Analytics. Also as of June 11, the global box office (including China) is sitting at $11.7B, which is 62% above last year’s same period and 37% behind the average of 2017-2019, who announced the news on June 20th

In terms of the releases, ComScore reflected on the strong performance of Top Gun: Maverick and Jurassic World Dominion, and now also Disney/Pixar’s Lightyear across recent weeks.

The hugely impressive box office figures seen so far – and the promising predictions for 2022 – are proof of the resilience of the global cinema sector, underpinned by an appetite for the big screen experience.

Aside from the return of the theatrical experience, this year will see talks revolve around VoD and simultaneously releasing a film across digital and in person.

“There was a lot of experimentation with windowing, and that was all happening in a vacuum when there was no theatrical,” reflected Niels Swinkels, EVP and managing director, Universal Pictures International, speaking at the CineEuopre’s opening round table. He further added: “Or there were long periods where there was no theatrical or it was heavily impaired with all the restrictions. Now that we are coming out of the pandemic, we are reminded of the power of cinema.”, as reflected on across Screen Daily. Moreover, he reflected “For us, theatrical has always been the cornerstone of what we do. Collaboration between distribution and exhibition has always been important, “but it’s even more important now”.

Across the panel too, Tony Chambers featured, head of global theatrical distribution at Disney, who reiterated: “Giving audiences something they can’t get elsewhere, and getting them to do it again.” However, that’s not just the responsibility of the cinemas in terms of environment and investment. “It’s not a one-sided thing — it’s about what we can do together.”

Sony Pictures International Releasing’s President Steven O’Dell also reflected upon the industry off the back of $1.9B worldwide smash Spider-Man: No Way Home, and the January hit Uncharted: “Audiences love the social cinema experience enough to overcome obstacles, especially if we give them films with clear theatrical windows.”

Notably, the event saw stars of the screen attend too, with Tom Cruise receiving a five-minute standing ovation during Paramount’s Presentation. He commented “I know the times you have been through,” Cruise told the delegates, arriving on stage after a showing of the filmed tribute that earlier played at this year’s Cannes Film Festival. “I came here last year. I know what it takes to do what you do. I understand all the effort. And I’m just here to thank you. Thank you for allowing me the career that I’ve had, helping me to deliver to audiences, the care you have for audiences, your love for movies, your love for cinema, and the theatrical experience.” Another star who attended was Aaron Taylor-Johnson who will feature this summer in Sony’s Bullet Train and next year in Spider-Verse tale Kraven the Hunter.

This year also saw Phil Clapp, CEO of the UK Cinema Association, being honoured with the Comscore Award of Courage, recognizing the courage and resilience of European exhibitors. A huge well done to all the winners across the ceremony showing that cinema is well and truly back.

The excitement continued through the week with an incredibly diverse and gripping slate from our other friends at Universal Pictures, Paramount Pictures, STUDIOCANAL, Pathé Films, The Walt Disney Company and Warner Bros. Entertainment.

The latter half of the summer and the rest of the year is teed up to be strong across cinemas worldwide and there is high anticipation for 2023. As notable figures reflected across the week, “This business is here to stay.” 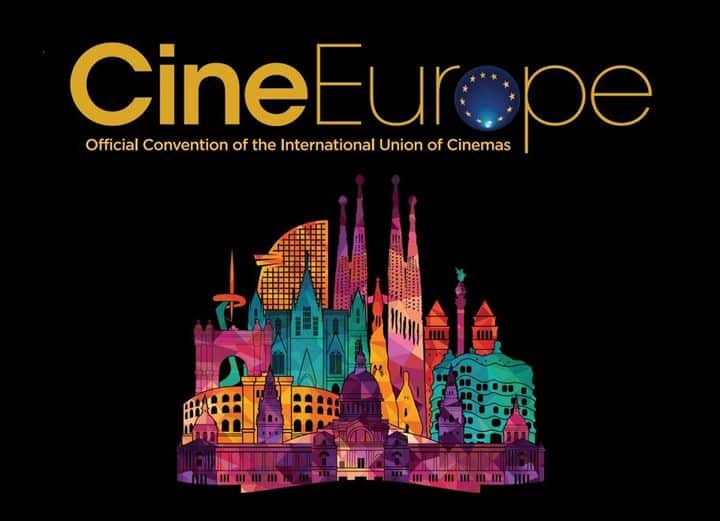 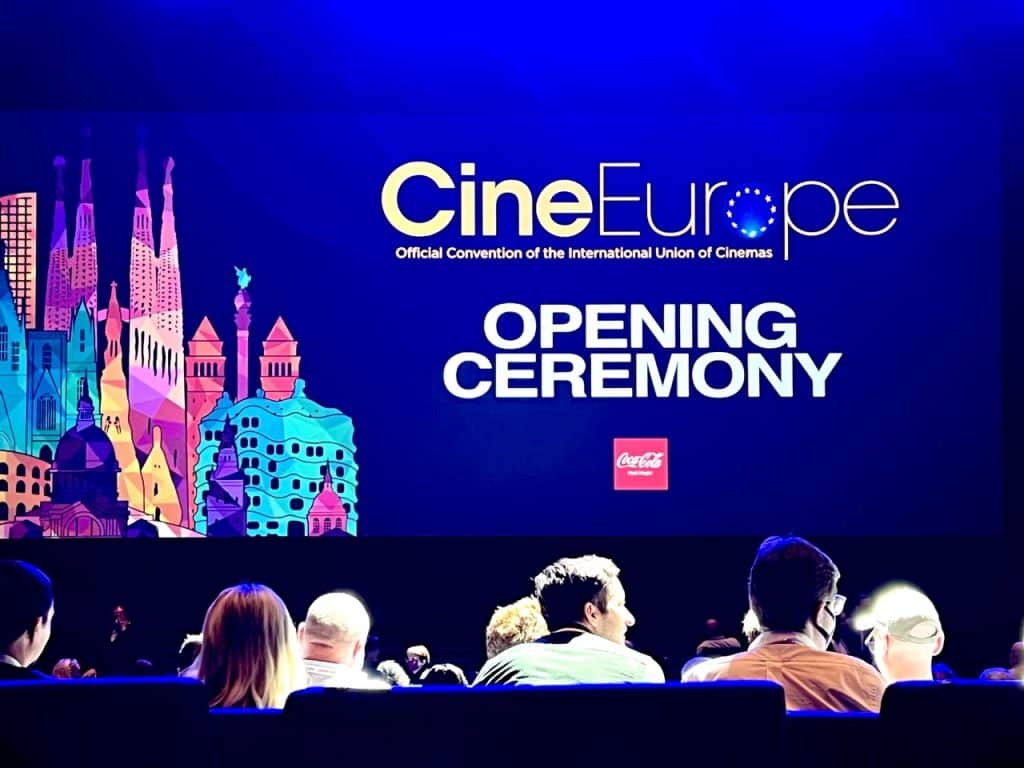 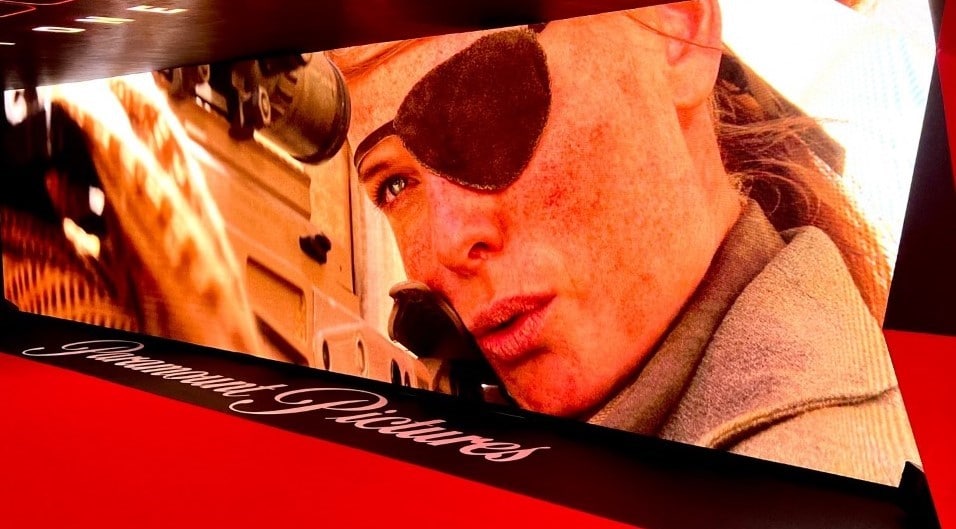 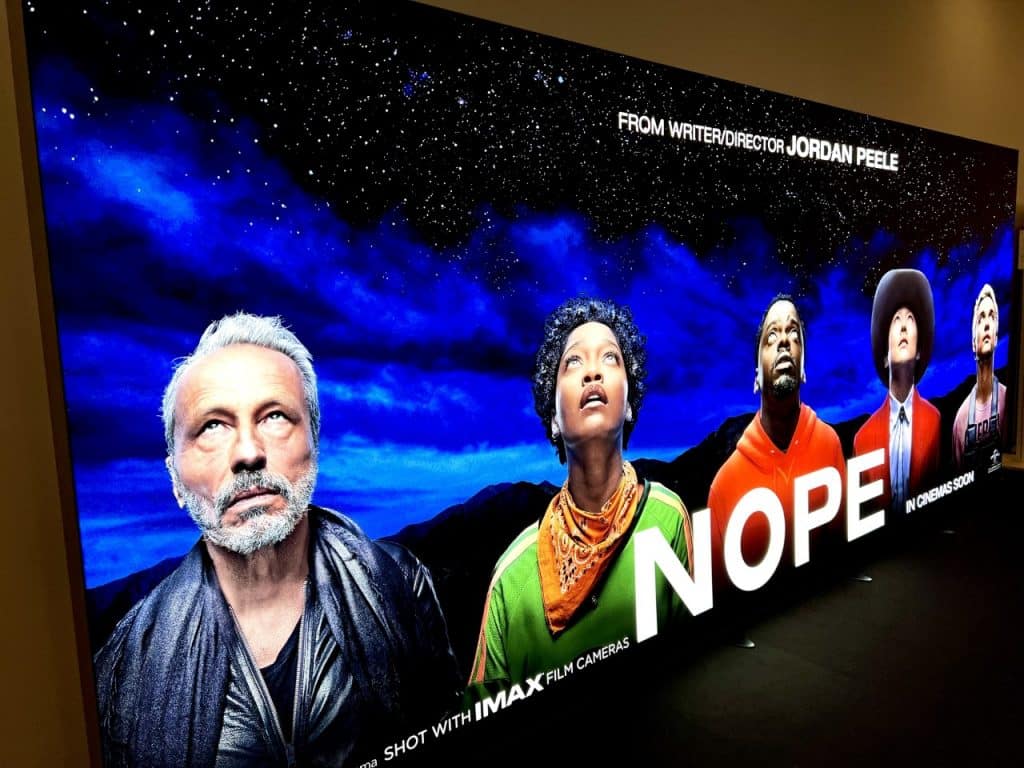 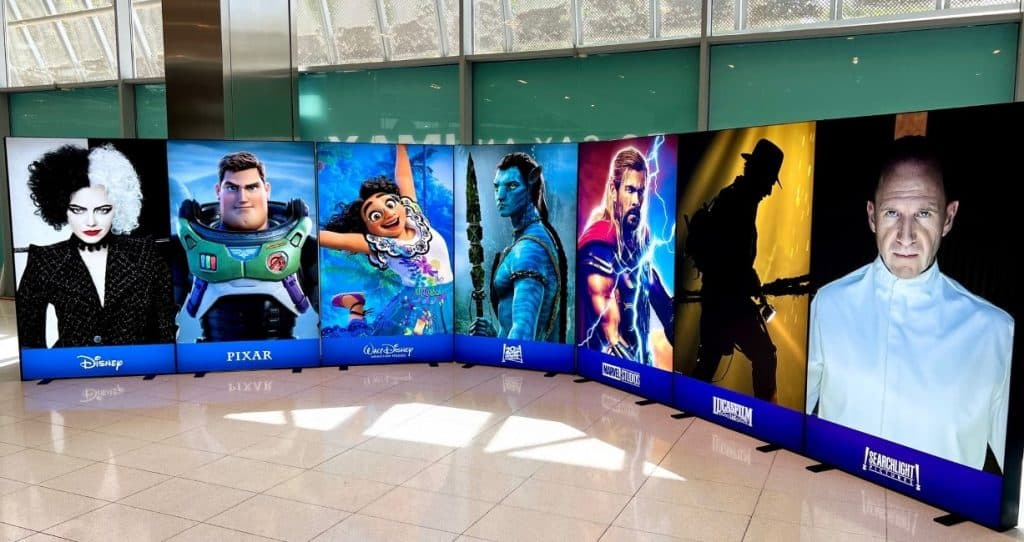