To promote the ongoing showcase of Rainer Werner Fassbinder’s work at the BFI Southbank, our production department was tasked with putting a trailer together to highlight some of his amazing films available to see on the big screen.

Our team were given a list of suggested films, including some key ones that would be featured in the programme and then they got to work! Working through each of the features, they carefully selected clips from each one to showcase the wide variety of Fassbinder’s work in a captivating trailer.

The wider DMS family was also involved too, with the in-house graphics team working up some cards based on the existing artwork that had been created for the season, the final piece was used in BFI cinemas as well as on social media. Check out the Facebook page. 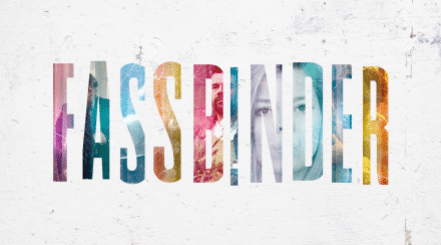