DMS teamed up with the BFI to produce insight-driven social content for the UK theatrical release of BFI documentary, Arcadia.

For Paul Wright’s incredible journey through 100 years of fascinating archive footage, DMS produced a suite of social assets for posting across the BFI’s Facebook, Instagram, Twitter and YouTube channels, including a 30 second trailer cutdown which enjoyed over 150,000 views, looped shareables, subtitled clips, review cards and BFI banners making the most of the specially-produced stunning artwork by artist Stanley Donwood.

“Although DMS came on board at a late stage of the campaign they delivered a really strong and engaging suite of assets. These enabled our campaign to gain cut through across all social channels. DMS brought fresh ideas to the campaign, offering something new whilst remaining within the overall positioning and creative aesthetic of this niche and specialist film. The assets were also shared widely by exhibition partners, and they helped us raise awareness and exceed our box office target. Great work from Carla, Oliver and everyone at DMS.”

Find out more about BFI’s Arcadia via their website. 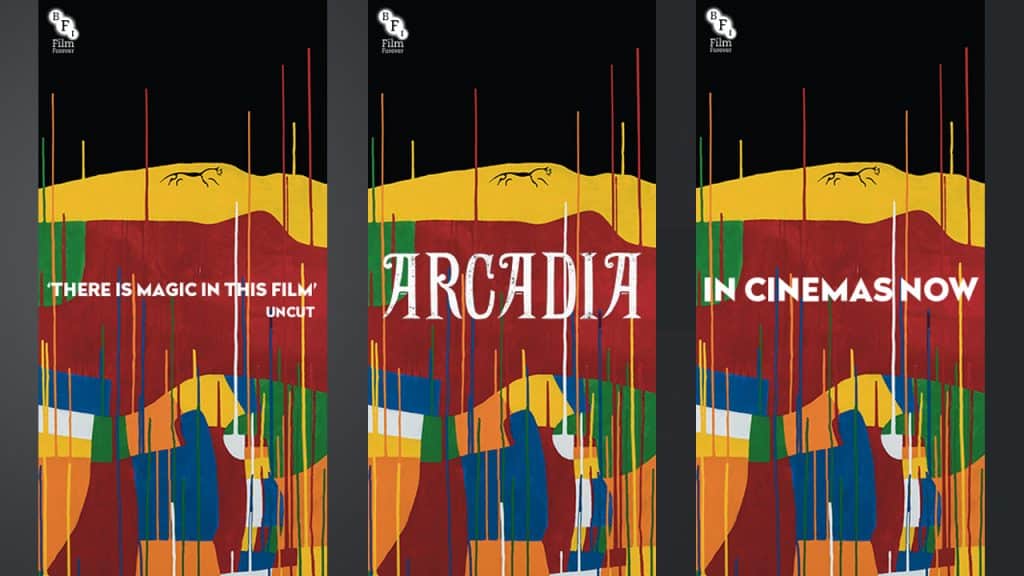