September marked the release of The Rider, which recently toured the film festival circuit winning multiple awards and rave reviews. Hosted by Altitude Films, our production crew attended a special screening in London to shoot a three camera capture of an exclusive, post-screening Q&A with the star of the film, Brady Jandreau.

Based on the amazing real-life story of Jandreau, a former bronco-riding star who suffered a horrific, almost fatal injury during a rodeo where he was thrown off his horse, trampling him in the head with one of its hoofs. Lying in a coma for days, he awoke with a metal plate in his head and the realisation that he can never ride in a rodeo again. Part documentary, part drama, Jandreau plays a lightly fictionalised version of himself and has won worldwide critical acclaim for his debut acting performance. A truly inspiring film. 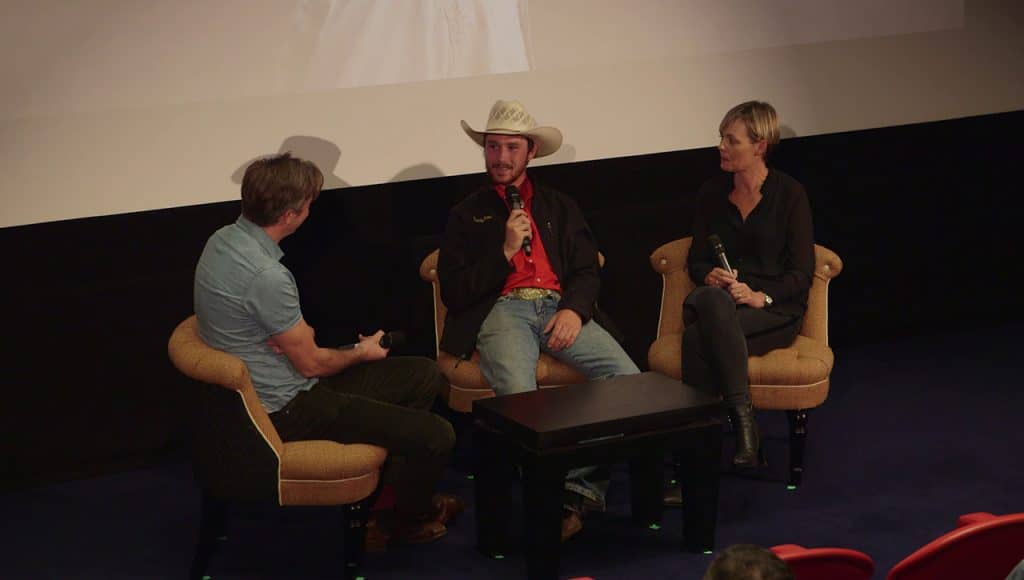