AKA – Pretty Woman: The Musical

Our Production team headed down to the Piccadilly Theatre in Central London to film the press night event for Pretty Woman: The Musical.

Our crew interviewed a glittering slate of celebs, including Kimberly Walsh, Danny Dyer, John Barrowman and Sheridan Smith, as they walked the red carpet to see the show – and the fun didn’t end there! As the curtain fell, the crew went on stage to interview the creatives behind the musical, including JF Lawton, the writer of the original iconic movie, and super-producer Paula Wagner.

This was followed by an after-party at the Ham Yard Hotel, where the show took over the entire ground floor party space and the crew continued to film all the glitz from the night. 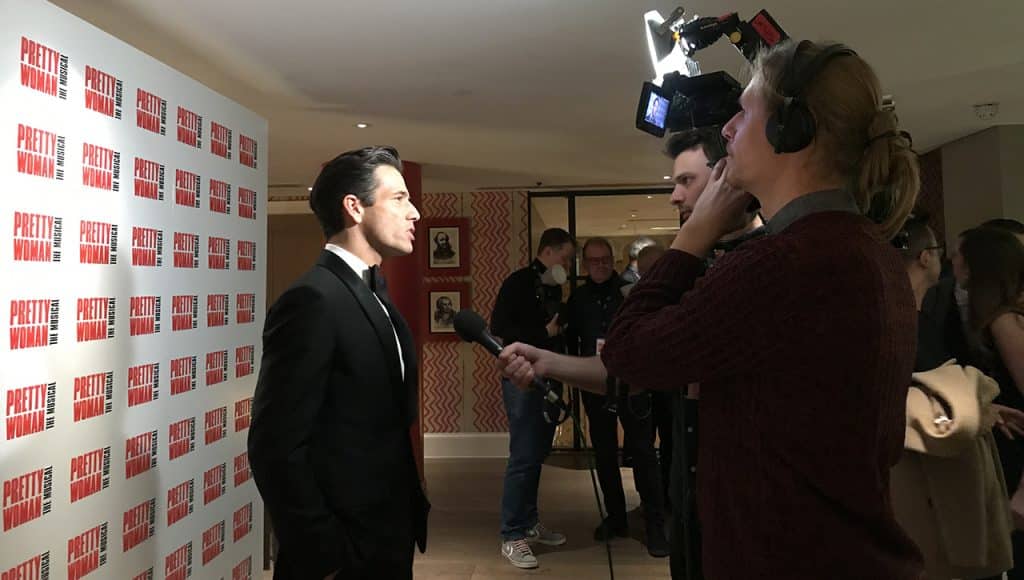