Last week the DMS Social team closely monitored the social media buzz during the week that followed the 90th Academy Awards, and created an infographic to reflect the ceremony highlights.

We listened to how the nominations and the event itself, which took place on 4th March, were received and included the most talked about people, movies and other interesting insights to summarise the social coverage. 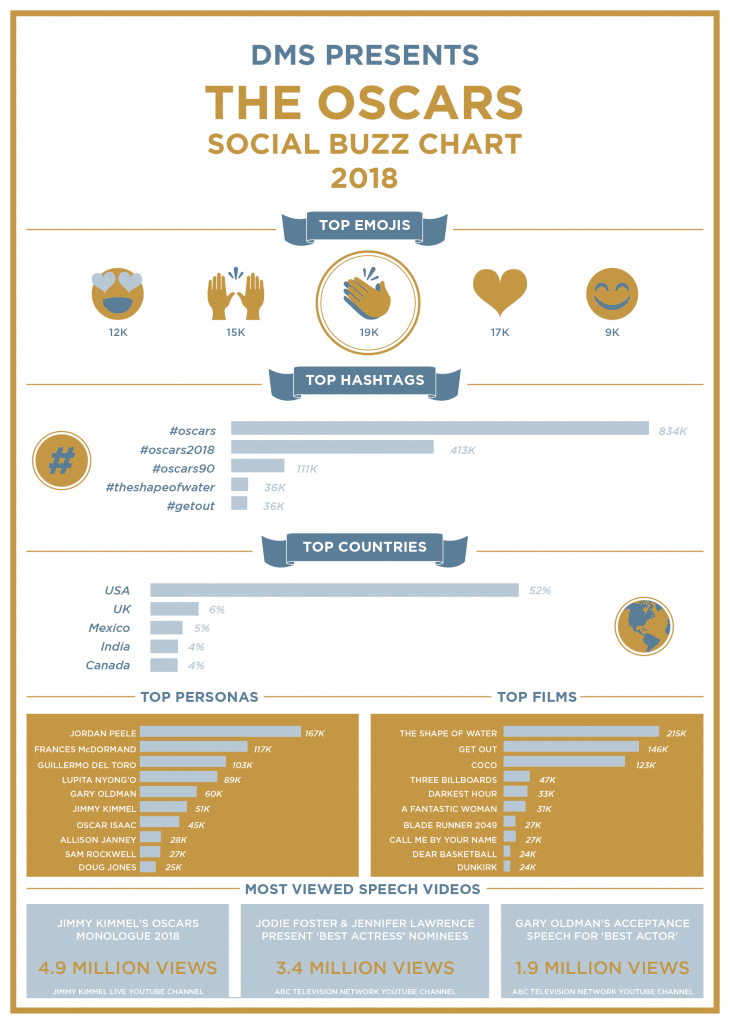