JOE BLOGS: Horror Films… What Are We Afraid Of?

Horror movies are great fun! Whether it’s your favourite genre or not, we’ve all probably seen at least a couple of slashers, a zombie apocalypse and handful of Saw films. My only problem with them is that they’re scary. They genuinely terrify me. I went to see the reboot of Stephen King’s IT last year and audibly yelped at several moments, physically jumping up at one point and grabbing my knees to my chest as if they alone could protect me.

Act brave if you want, but the bottom line is horror movies frighten us; that’s what they’re for. It’s astonishing that films like Halloween and Nightmare On Elm Street can tap into the nerves of so many people at once and achieve an overwhelming consensus that “This is scary”. There’s got to be something in our collective consciousness that gives us all the shivers, so I had a look through the different kinds of scare that keep finding their way into horror films and here are my top five!

This one does exactly what it says on the tin… it makes you jump. It’s not sophisticated, it’s effectively the cinematic equivalent of hiding behind a bush, pulling a disgusting face and jumping out on your friends, shouting “RAAARRR!”. But, when it’s done right, a good jump scare will reduce you to a quivering mess on the floor. One of the earlier examples of this is the moment in Alfred Hitchcock’s Psycho, where Lila Crane finds Mrs Bates in her chair, only to discover she’s a rotted corpse! Dun, dun, duuuun. Hugely iconic moment as the relatively sheltered audience of 1960 wouldn’t have conceived of the possibility that the killer was a cross-dressing man who suffered from schizophrenia. Over the years however, these got more and more intense, like the moment the alien burst out of John Hurt’s chest in Alien (genuinely terrifying Sigourney Weaver because she didn’t know it was coming). More recently in the remake of IT, there is a scene that terrified me to my very soul where Pennywise the clown sprints forward from a flooded basement in a fit of rage at the young Bill, who narrowly gets away. Anyway, jump scares are still very effective but have become quite common over the years, which can make them easy to spot. This has led to…

Basically a jump scare but for no good reason. The list of things that people jump at in these instances includes (but is by no means limited to) pets, cars, friends, doors, wind and I’m pretty sure I saw someone freak out at an ironing board. The scariest of these though is when a character thinks they see the killer but it turns out to be innocent (“Oh jeez, you scared me” etc). In Halloween H20 (great film by the way!) Laurie Strode is looking in a shop window and sees Michael Myers behind her. She turns around in fear only to fall into the arms of Will. We get the jump but no slashy pay-off, which may seem like a cheap trick but how messed up is it that Myers is so deep in her mind that she sees him everywhere? He doesn’t even need to kill her, he’s taken over her life.

Here is a cinematic trope that perfectly depicts life in general. The movie is wrapped up, the killer is defeated, and everyone is safe. Then, out of nowhere, the killer somehow appears and makes one final entrance to scare a couple of years off the viewers life. Sometimes this even takes our hero down in the final reel. Some examples are the end of Final Destination, when the three survivors all meet six months later for a relaxed drink and toast to their fallen friends, only for one of them to be flattened by a falling street sign. The hugely self-referential, Scream even comments on this convention as it’s happening. The killer, Billy is lying unconscious on the floor when Randy says, “This is the part where the killer comes back from the dead for one final scare”. And guess what? Yep, he comes back from the dead for one final scare. That’s good writing, folks! The best example though, is when the mutilated body of Jason Vorhees, who was believed to be dead, jumps out of Crystal Lake and drags Alice from her boat at the end of Friday the 13th. Underpants laundry day.

Not to be confused with looking at yourself on a Sunday morning. This is the classic device of a character looking in the mirrored door of a bathroom cabinet. They open the door briefly and close it again to reveal the reflection of the killer stood behind them. Queue the orchestral stab of scary music… I know I’m making this sound predictable and you all know what I’m talking about but, even so, every time this happens, whether I expect it or not, it still gets me. Mirror scares became so common in slasher and vengeful ghost horrors that the movie Candyman came into existence in 1992. If you haven’t seen Candyman, give it a watch! It’s a horror film about a vengeful ghost that appears behind his victims in a mirror and slashes them. Ok don’t watch it.

This one kills me! It usually implies that the killer is inside all of us or that we can’t trust our own minds, which for me, is the thing that’s most likely to keep me up at bedtime. It’s appearing more frequently through the 21st Century, the more we delve into our minds and realise there’s something supernatural going on in our own heads. The first psychological scare I saw was in Hannibal, where Hannibal Lector convinces a man he has drugged to peel off his own face, which he does, willingly. The fear of feeling helpless runs all the way through these movies. I watched Annihilation, starring Natalie Portman and that is a hard movie to get through, purely because you can’t see the killer and there are no explanations. Nothing acceptable, anyway. People just seem to get infected by the air around them and transform from the inside out… And there’s nothing they can do about it. Kind of makes you wish for a slasher in a mask.

So, what have we learned? Horror movies are subject to fear inflation. They’re a constant game of cat and mouse between an ever-savvier and braver audience, and the film-makers who want to scare the bejesus out of them. It seems that the simple slasher movie has evolved over the years to creep deeper into our heads and become a personal demon that lives even after the credits have rolled. Thanks for that, I didn’t want to sleep tonight anyway. Looking on the horizon, the advances in VR technology are starting to make it possible to play fully-immersive live action games, which means it’s only a matter of time before we can all live out our nightmares in person. When that day comes I’m not getting involved, I’m off to go and live in a cabin in the woods. Oh hang on…

DMS welcomes you to Joe Blogs; a fun, light-hearted monthly read about the world of film, entertainment and DMS; written by our UK Client Services Account Manager of Media Intelligence, Joe Acres. Giving a voice to our employees by allowing other DMS staff to contribute, Joe Blogs aims to provide you with a quick five to ten minute read around the industry topics that made our writer go ‘hmmmm?’.

Joe has worked at DMS for 3 years in Media Intelligence, and outside of DMS spends his spare time performing gigs with his band, Taxi Joe. A talented hand at putting his thoughts onto paper, Joe has been described by colleagues as ‘never lost for words’ and has a habit of applying his personal philosophy of ironic optimism to absolutely everything. While we hope you enjoy the blog, we’re confident that no one will be a bigger fan of it than Joe himself! 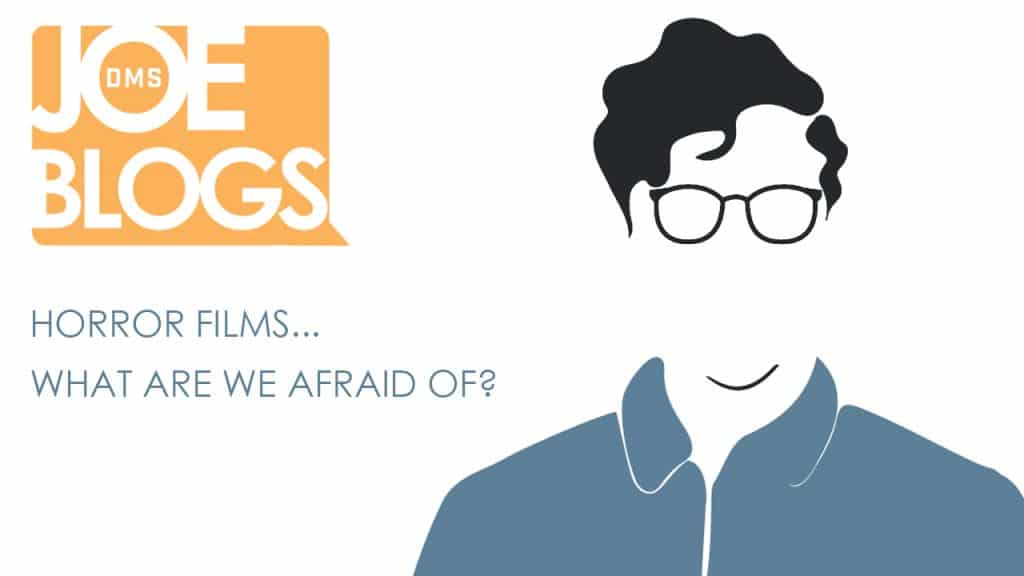 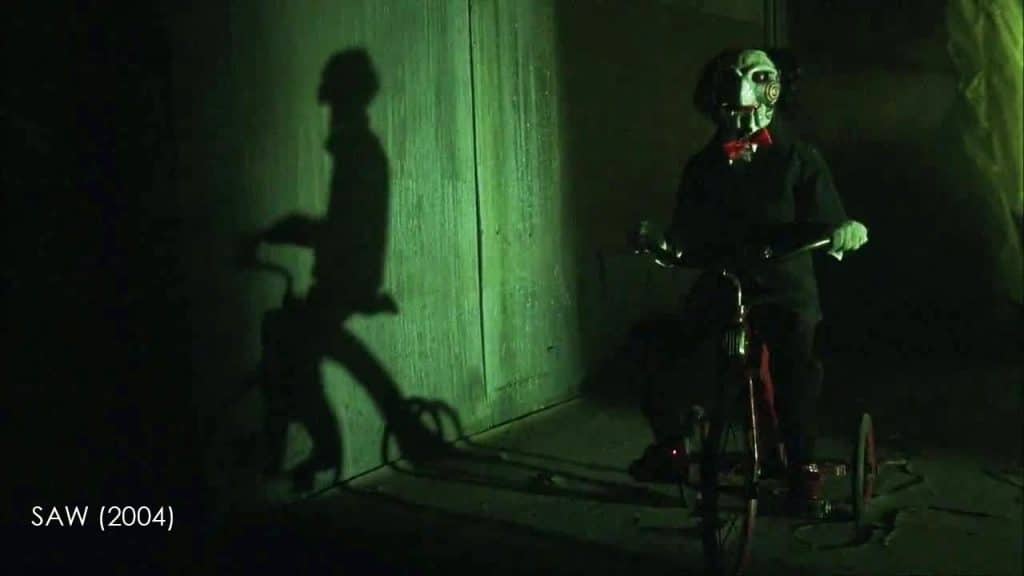 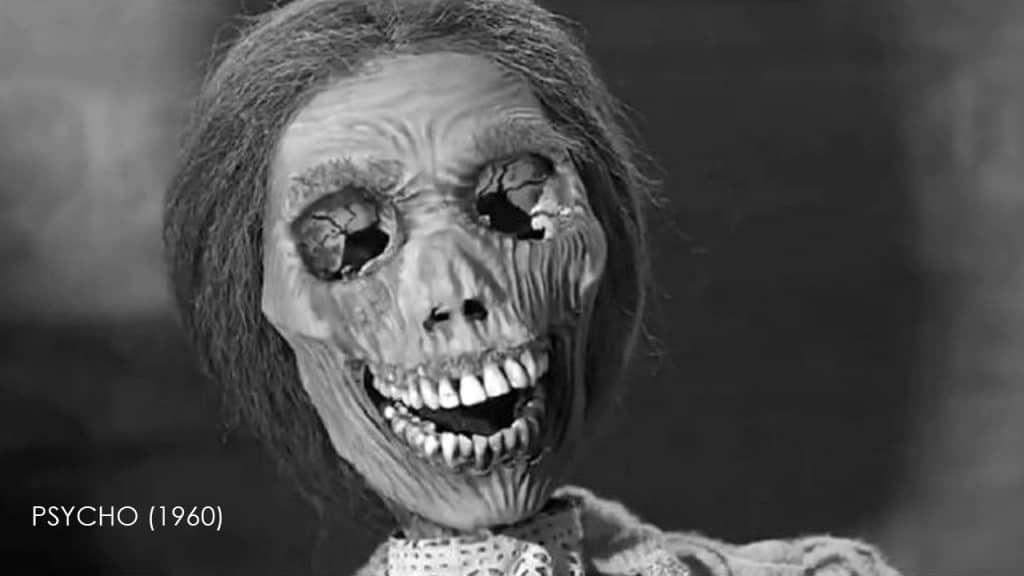 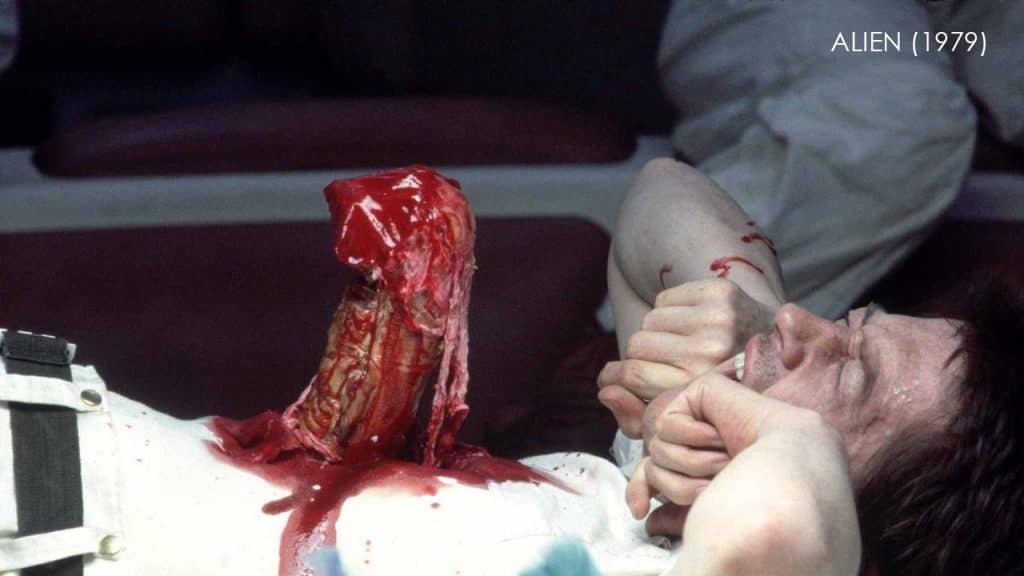 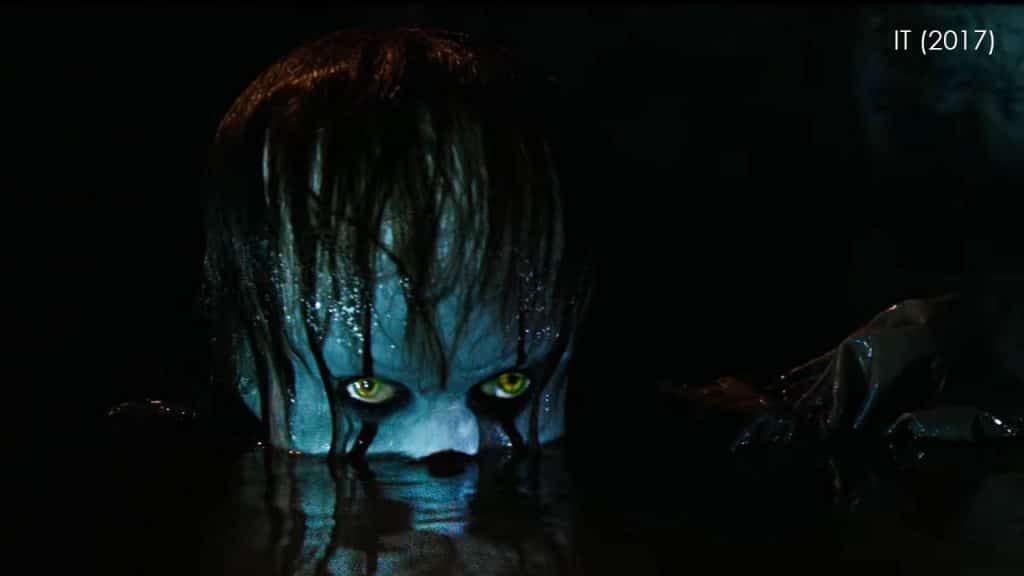 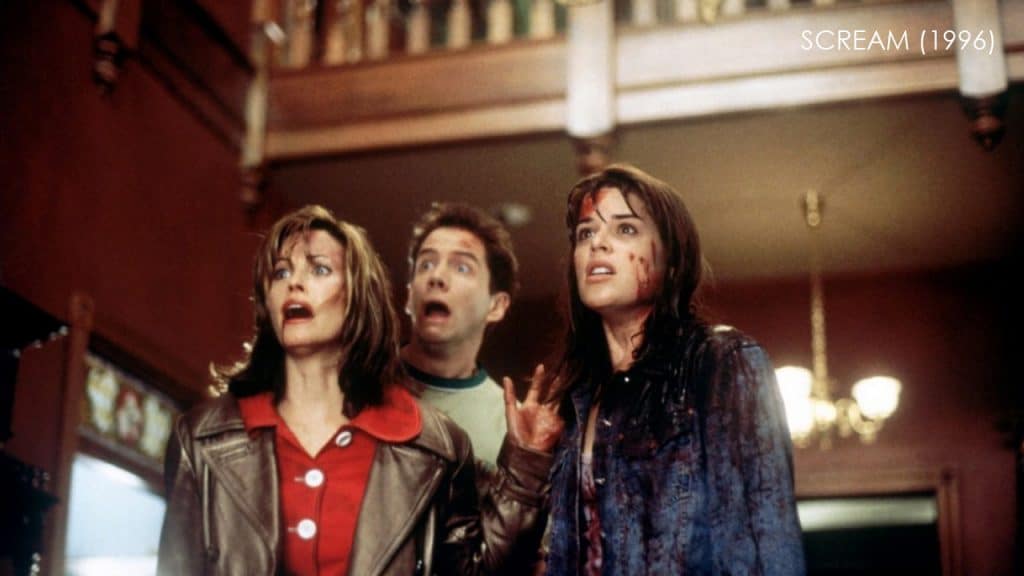 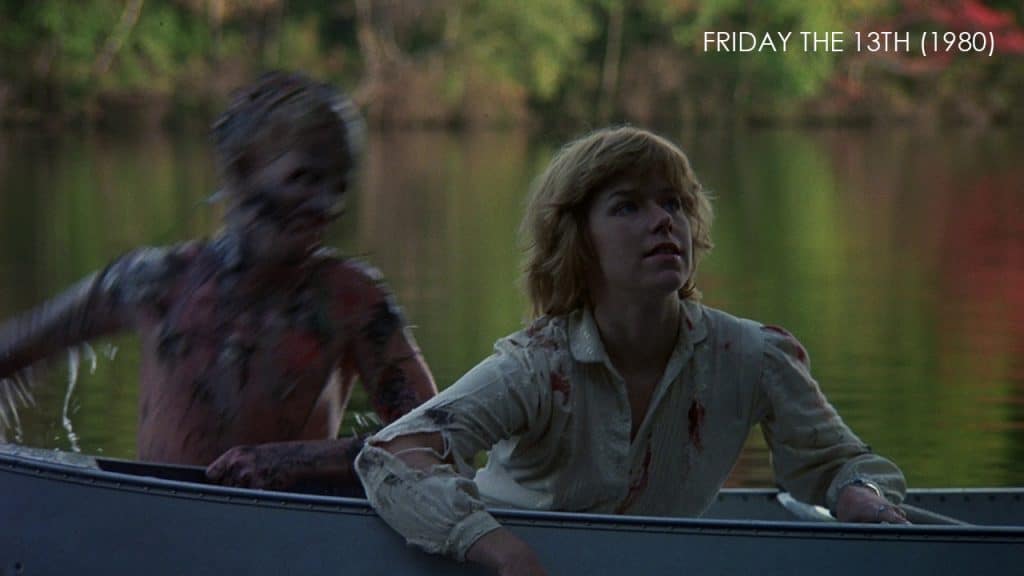 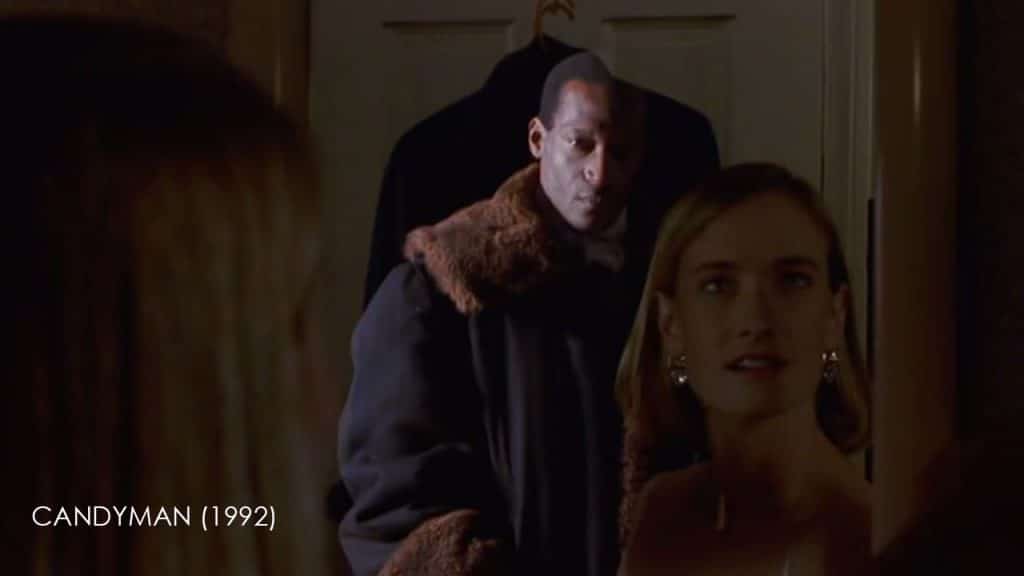 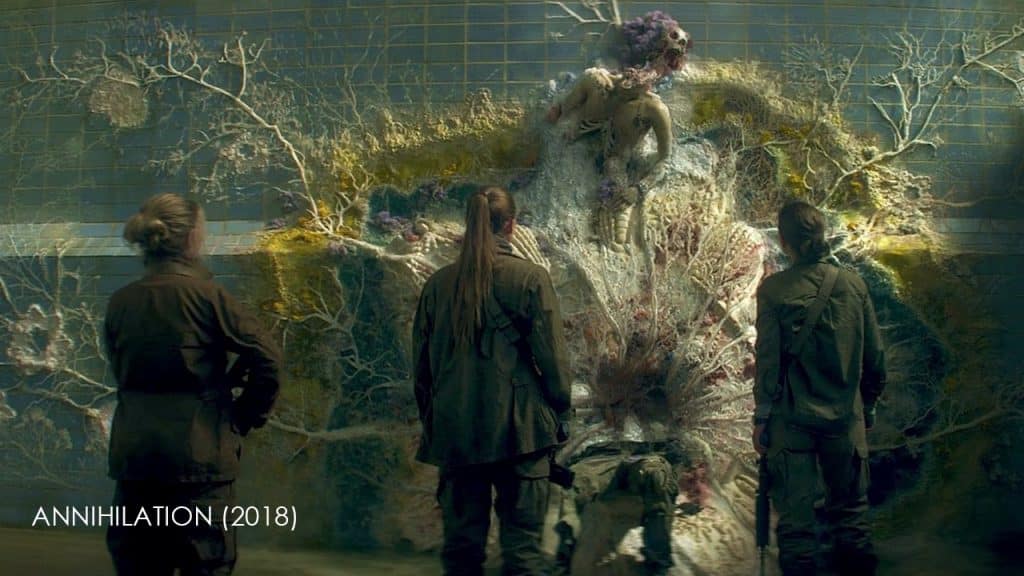