As with all major entertainment events, Glastonbury Festival generates a lot of buzz on social media. So, together with her team, Anna Zaikina, DMS’ Head of Social Media Insights, took a closer look at what was taking place around the festival. They focused on monitoring the top hashtags, influencers and emojis while demographics and geographic location of those engaging with Glastonbury online also played a key role in the analysis. The results show an increase in the social buzz by 0.2% from the previous festival back in 2017.

This was an extremely hot year down on Worthy Farm, both in terms of the weather and the atmosphere, with several noteworthy and provocative sets. Consequently, fire was the most frequently used emoji among social media users, appearing in over 51 thousand posts. Popular words used to describe Glastonbury included “amazing”, “exciting”, “love” and “enjoy”.

#BBCGlasto turned out to be the most commonly used hashtag, as the BBC was, yet again, broadcasting the festival which was followed by #Stormzy with over 8.5 thousand mentions.

Miley Cyrus, who performed as her Black Mirror character, was the top influencer during this year’s festival, sharing live tweets with her 43 million followers. CNN came a close second, engaging with 42.3 million users. E! News and former footballer Rio Ferdinand were also making waves, talking about Glastonbury with their 11.6 and 10.5 million followers respectively.

Analysis of the social media data can provide brands with invaluable insights into events, enabling them to get a better understanding of their audiences. For the next festival they may therefore opt to target 55-64-year-old men, as they were the most involved demographic this year, or people who live in London, Manchester and Liverpool, which were the most engaged UK cities.

If you want to learn more about enhancing the value of your brand, or are looking for in-depth insight into your audience, get in touch with Anna Zaikina, Head of Social Media Insights at DMS – anna.zaikina@dmsukltd.com. 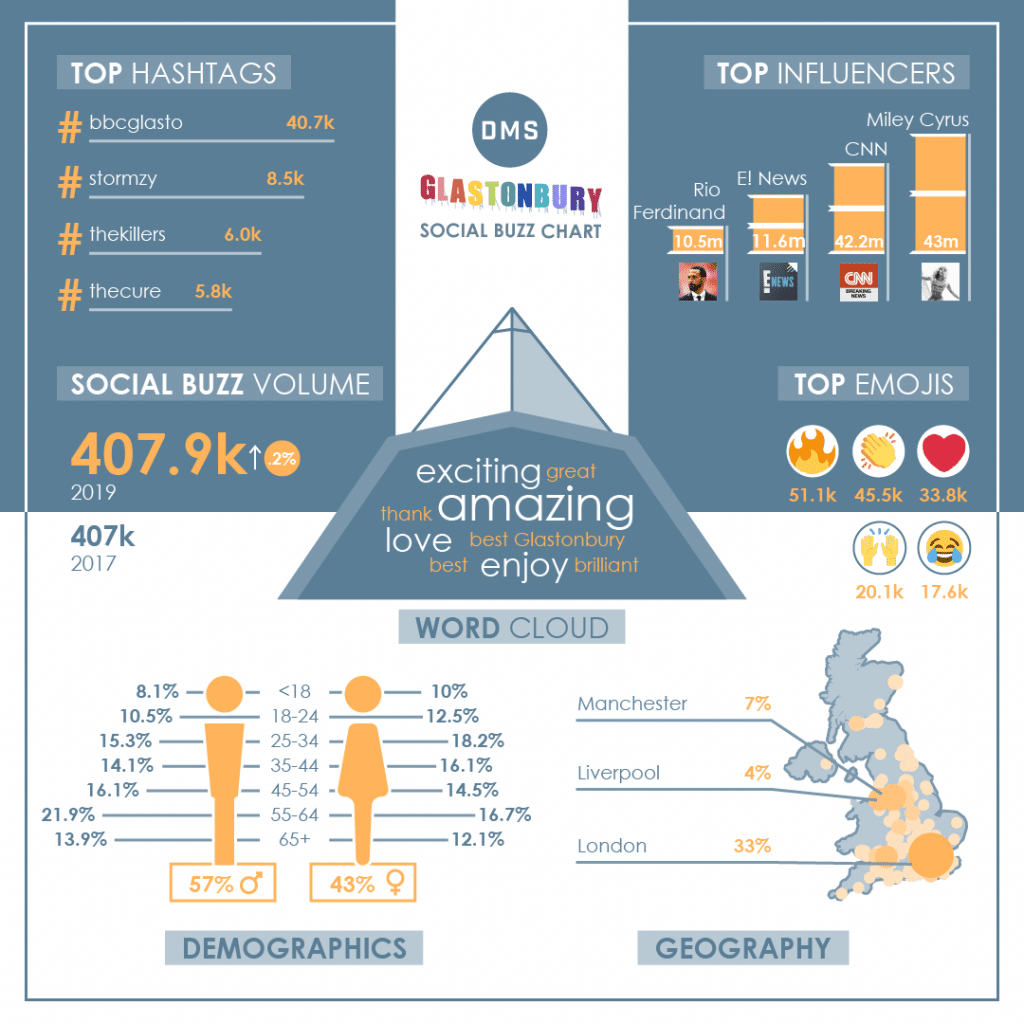